Never say no to giant robots

After a relatively successful Kickstarter campaign that brought in $2.7 million dollars to Harebrained Schemes to boost features, the latest BattleTech/MechWarrior video game, BattleTech, goes live today on the PC. For fans of the universe and turn-based strategy, this is an exciting week and sales are reflective of that as BattleTech is currently the #1 top seller on Steam as of writing.

While the game won’t conform to BattleTech‘s board game rules, it looks to be in safe hands as Harebrained Schemes has brought about other excellent turn-based titles such as Shadowrun Returns. If you enjoy XCOM, squad-based strategy titles, and all around customizing giant robots to blow up other giant robots, this is probably a game to watch for. (our review of the game can be read here).

If you missed out on the Kickstarter offering from over three years ago, you’re not missing out on much as we’ve found a number of decent deals on BattleTech Steam keys for release week.

Deals are currently available at three retailers and the discount goes as high as 25% off as an early purchase incentive. For the 25% off deal at GMG, claiming it is a two-step process that involves logging in your account and visiting this page for a 25% off coupon on select pre-order titles (of which BattleTech is one such). You can also use a currently available 22% off site-wide coupon VIP22, but since you need to login or create an account anyways to checkout, we see little reason to go with the lower discount.

Speaking of lower discount, the only reasons to buy at either Fanatical or DLGamer is if you prefer these other retailers or have store credit or some such as both are the same exact Steam key for 20% off. As with before, we list them all as discounts are always pretty fluid for new releases so some may expire sooner rather than later. 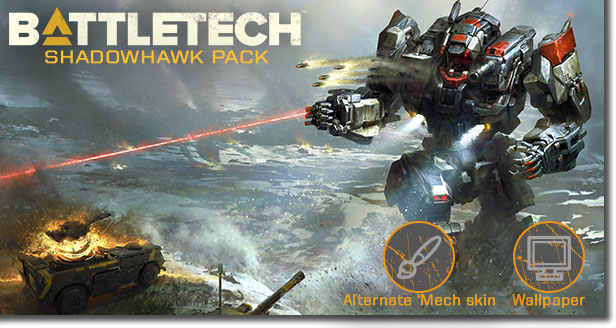 Although the pre-order bonus is about to go kaput, if you’re able to pre-order the game in-time before release, you’ll receive the same Shadowhawk Pack in-game skin that select level of Kickstarter backers receive as an extra incentive. All retailers listed above currently offers this pre-order bonus pack. As a side note, while it is being labeled as a “pack” – the bonus is simply an in-game skin plus wallpaper for your desktop, so you’re not missing out much if you’re reading this past April 24.