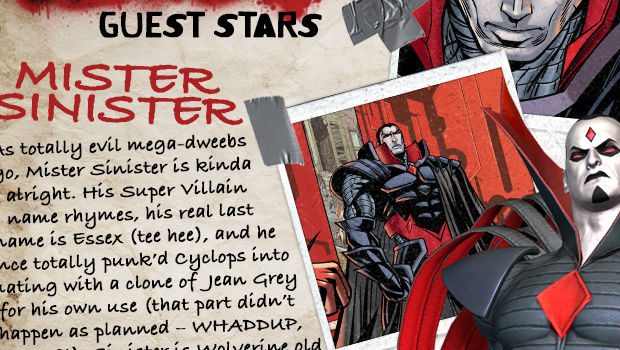 Fresh off the news that the new Deadpool game will be launching at a cheaper pricepoint, two new characters have been revealed: Mr. Sinister, and Psylocke. As a major fan of both of them, I hope they have an interesting role to play — maybe even more X-Men will be making a few cameos? Maybe I just want a full HD remake of one of the best games of all time: X-Men: Mutant Apocalypse?

I honestly have no idea how this game is going to turnout. I just hope it doesn’t have a jokey fourth wall method of selling DLC — I got enough of that in Dragon Age: Origins.