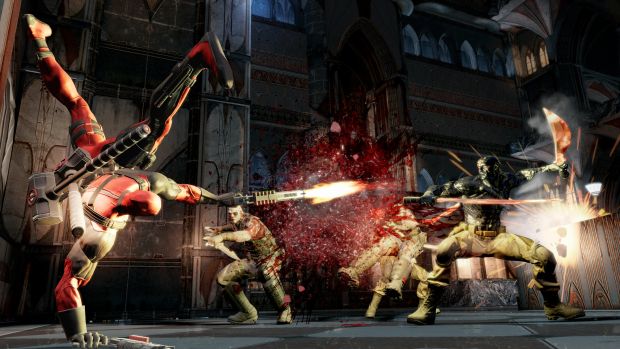 But hey, if you want to give it a shot anyway there’s some pre-order bonuses you should be aware of. Pre-order from GameStop or EBGames and you’ll get the “Merc with a Map Pack” downloadable content which adds two new challenge maps, two costumes (D-Pooly and the Uncanny X-Force suits), and a digital wallpaper.

I should also note that Activision will throw a party at whatever U.S. GameStop that gets the most pre-orders for Deadpool. Deadpool himself will even make an appearance. Radical.