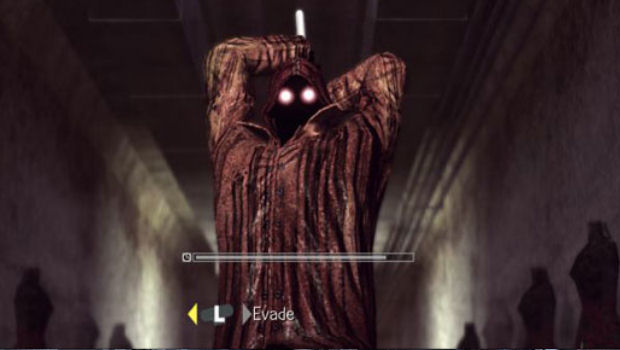 The Raincoat Killer could get his own spin-off game, according to barmy developer Swery65. Deadly Premonition’s hooded, axe-wielding antagonist was (spoiler) briefly playable during Deadly Premonition, and Swery thinks a full game starring the homicidal maniac could be worth making.

“A prequel is definitely one of the paths I still have in mind,” said Swery, reiterating previous game plans. “Another approach is like a spin-off from Deadly Premonition where the main character would be the Raincoat Killer. That might be a cool idea. Other ideas involve ways of trying to get people who haven’t played Deadly Premonition to do that, but I’m still thinking about ways to do that!

“The universe that I’m thinking of right now would still maintain that same feel as Deadly Premonition. There aren’t that many games like that, that create that unified world, and it makes that game special. I’d like to make sure that’s an important factor in the next game I make, whatever that is.”

With a potential sequel in the works, and a mysterious title that is apparently getting attention from publisher, Swery65 looks set to be a very busy man over the next year or so. I can’t wait to see what he comes up with.

Deadly Premonition’s Raincoat Killer could get own game [Videogamer]