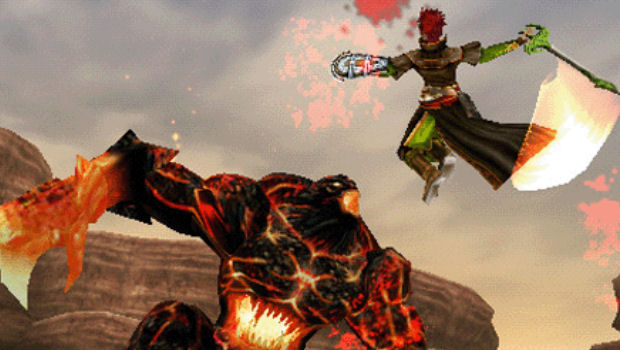 You can always count on Swery65 for some interesting Tweets. The unique blend of “flavored” English and thoroughly bizarre sentiments makes Swery one of the most consistently interesting developers to follow. He’s also a bugger for a good tease.

Such a tease came forth recently when the director hinted in no subtle way that he may be involved with Square Enix’s upcoming PSP game, Lord of Arcana.

When asked what he was currently working on by a fan, Swery had this to say: “Is it means ‘Load of Arcana’? I can’t say for that. But you can know it from the internet, maybe,”

Of course, Swery65 may be messing about, or he could have gotten the game wrong, but if he is involved in any way with Lord of Arcana, then I’m all over that shit. In fact, Swery should probably be involved with every game ever made.

[Update: I’ve been informed that Access Games is indeed working on this, and that Swery is on the team! This is SO getting bought!]