Daftest spin-off since the Twin Peaks board game?

Rising Star Games have announced that the deluxe edition board game of the notorious 2010 release, Deadly Premonition, is available to pre-order on Amazon, ahead of its January 31 release.

In the board game, players walk the mean streets of Greenvale, investigating suspects, in an effort to identify and apprehend The Raincoat Killer. The game features a custom “Murder die”, a themed gaming cloth and even the original soundtrack, so you can score your play session with that truly lossless Deadly Premonition experience. The game also features a Steam key for Deadly Premonition: The Director’s Cut.

“This new Deluxe Edition of the board game is in honor of the campaign that made this project possible,” says the board game’s co-creator Samuel Elphick. “Whack on the soundtrack, lay the cloth upon the table and hold your breath when the Raincoat Killer claims suspects with the bespoke murder die. This is how we want the game to be played!”

Deadly Premonition: The Board Game is available to pre-order on Amazon. The game will release January 31, in limited supply, priced at $60. 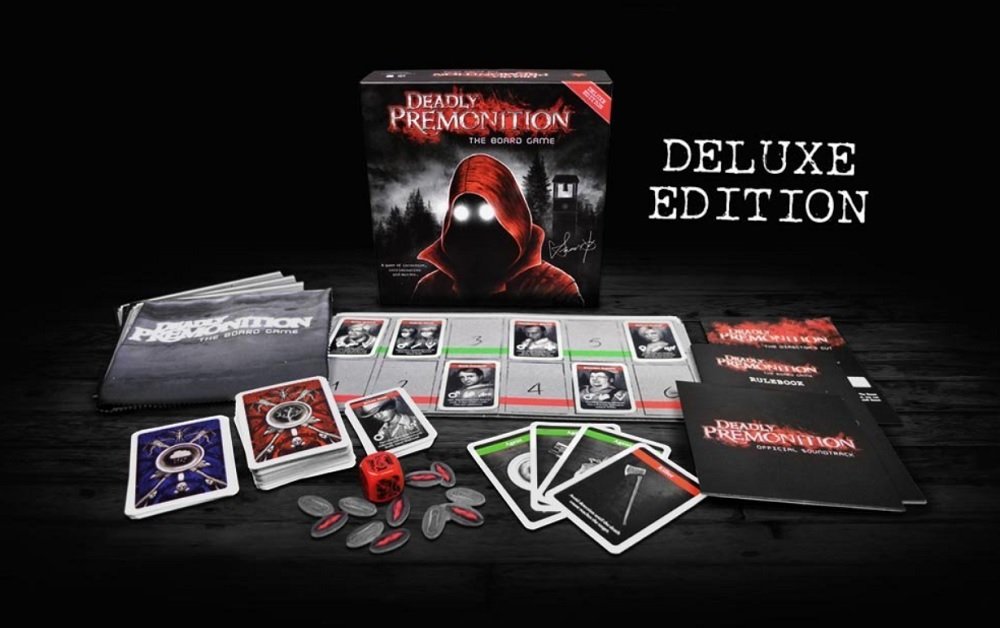