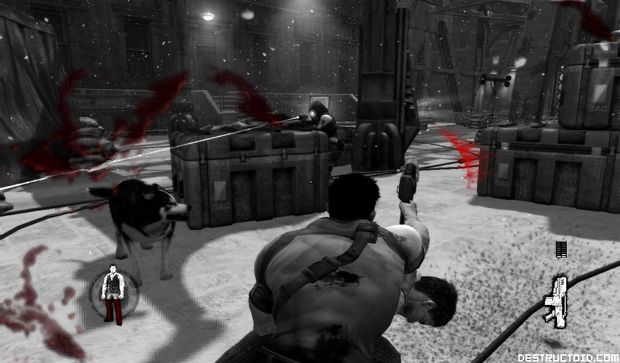 I’m not sure if you had planned on pre-ordering Dead to Rights: Retribution, but things just got a bit more confusing. Namco Bandai has announced pre-order bonuses, with multiple pieces of exclusive downloadable content for different retailers.

Pre-order at GameStop, get the “Jack Pack,” which gets you Grant City Anti-Crime armor for the game’s main character Jack, as well as a “guns-blazing ‘action mode'” that puts explosive rounds in your ammo.

Go with Amazon and get the “Shadow Pack” which allows Jack’s dog to use camouflage which aids in stealth movement. This same pack also enables the “noir mode,” which (in a nod to MadWorld, perhaps) turns all graphics back, white, and blood red.

So you’ve got some choices, and choose wisely.