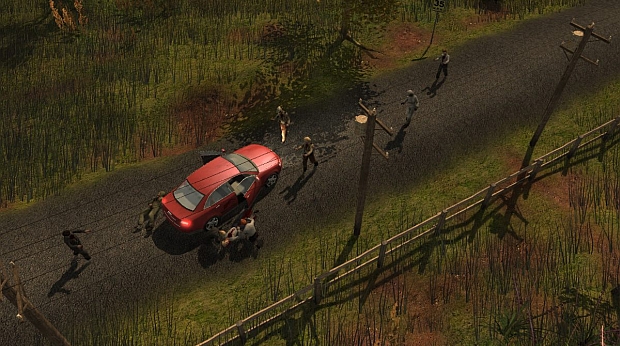 The Zombie Apocalypse is the new World War II, and has been for a while now when it comes to games. But most, if not all zombie games to date have mostly focused on just killing them in droves. Few have actually thought about surviving in a world full of shambling undead. Until Dead State, that is.

Developed by DoubleBear, among whose members were once of Obsidian Entertainment and Troika Games (the Arcanum people), Dead State takes survival beyond just getting to the chopper/boat/car and concentrates on the big picture. Set in the fictional Texas town of Splendid, the player manages a local shelter while going out to find food and supplies, gather townsfolk, and even make allies (or enemies) out of other groups of survivors.

In fact, with all those other concerns in mind, the slow-moving “traditional” zombies are probably the least of your worries…unless you ignore them, making loud noises and accidentally attracting a horde.

So far it sounds like an incredibly exciting game, the stuff of short stories you might find in books like Max Brook’s World War Z. Check out some more details at DoubleBear’s site, and some screens in the gallery. Its release date is still unknown, beyond the statement that it is currently for the PC, and will not be out in 2010.