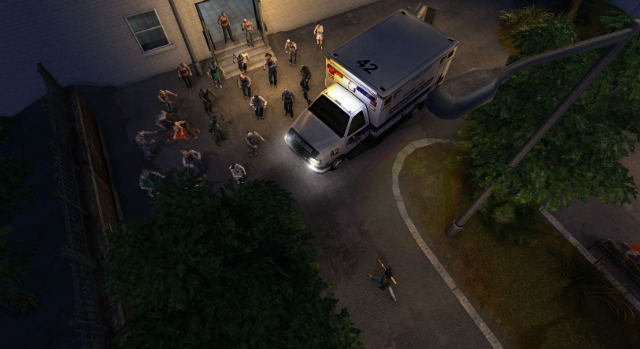 All my friends are dead

Earlier this week, Dead State received its first major patch of the year and a completely revamped public demo. The game had a successful Kickstarter campaign in 2012 and was introduced on Steam Early Access in February of last year, progressing to a full-release last month. The theme follows the typical “zombie apocalypse” motive and gameplay is reminiscent of Fallout 2, with turn-based combat and an overhead view. However, unlike its contemporary Project: Zomboid, it features a floating camera and 3D models, which is pretty cool.

The demo is limited to the first 7 days, 18 locations, and 15 allies, but that’s more than enough time to decide whether it’s for you or not. After playing the demo I have to say the game is a bit rough around the edges, but anyone who is a fan of ’90s turn-based combat RPGs or zombie games with something new to offer, this game delivers.