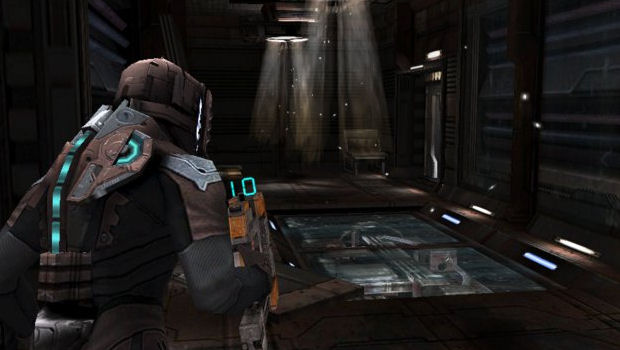 Can’t get enough Dead Space? Wish you could take Isaac Clarke’s tight little buns with you wherever you go? Do you want to smear your greasy fingers up and down his back? Well now you can! Dead Space is coming to the iOS on January 25. Yay!

Dead Space iOS will bridge the gap between the first game and the upcoming Dead Space 2, which is due out on the same day. Electronic Arts has released two screens of the iPad version, so check those out in the gallery.

Some gamers feel a little that Dead Space has become a little oversaturated, what with comics, movies, spin-offs and toys. They may be right, but I still have plenty of time of the series and I’m looking forward to both this and the main console sequel. How about you?