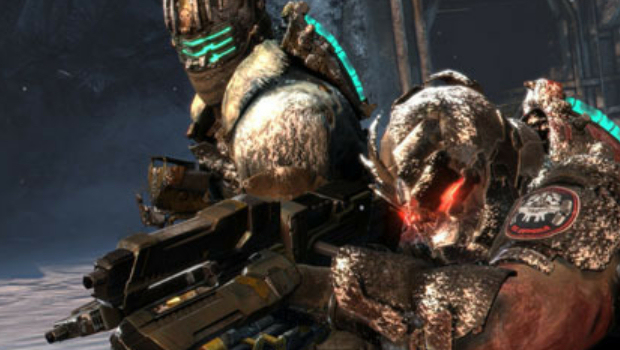 All Games Beta has thrown a bunch of screenshots up for the next Dead Space game, prior to its announcement. With the appearance of a newer and redder buddy hanging off of Isaac Clarke’s arm, these shots appear to reveal the rumored co-op gameplay featured in Visceral’s sequel. They also show the ice-covered planet that’s been talked about for the better part of a year.

I’m still somewhat concerned by the appearance of co-op, as EA appears intent on forcing an homogeneous feature set into all of its games. I don’t like it, and even if it’s “optional,” I have to wonder how much of the campaign will actually be changed to allow for this other douchebag (yes, I’ve already decided he is one). I do hope I’m wrong, and that we’ll have an actual single-player campaign.

Still, this is the way big budget game development is going. A grey sludge of games featuring the same things, because one game might have been successful with those things once. I’m still looking forward to Dead Space 3, but its constant shift away from the isolated, story-driven elements that made it so great really does disappoint me.