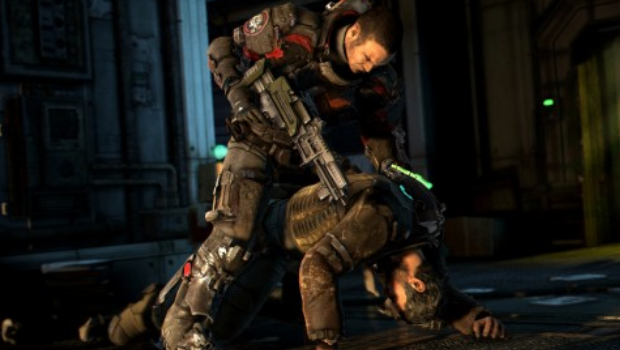 Our Dead Space 3 review hasn’t even had time to cool down yet, but Visceral Games has announced its seemingly obligatory downloadable expansion. Dead Space 3: Awakened is slated for a March release, Visceral’s confirmed this morning.

Awakened promises Dead Space‘s “darkest chapters as the Necromorph battles become even more gruesome and terrifying than ever before.” It’ll be available for $9.99, known in some circles as 800 Microsoft Points.

This was not unexpected. Dead Space 2: Severed was similarly announced on DS2‘s launch day. Still, as expected as it was, methinks the announcement isn’t going to go over well with folks already pissed over microtransactions and day-one DLC. I think my choice of header image communicates the general sentiment.