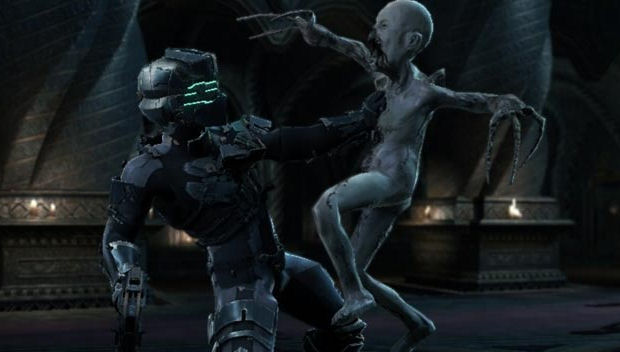 As bold as day, Electronic Arts has stated that Dead Space 2 will not be coming to PC. A version for computers was conspicuous in its absence when EA listed its releases for 2011, and when asked about the situation, EA was forthcoming in its declaration that Dead Space 2 would be a console-only affair.

The publisher has been less clear as to why it is denying the PC crowd. No reasons have been given for Dead Space 2‘s console-only status. All that’s been said is that “As of right now, a PC SKU is not in the plan.” Until that changes, fans of computer gaming are being left out in the cold.

With the original Dead Space not selling as well as EA wanted, you’d think the publisher would be doing all it could to push the sequel on as many formats as possible. Apparently not. I guess either the sales figures were so bad on the PC that the sequel just isn’t worth it, or EA simply doesn’t rate the PC market anymore. Either way, it looks like you guys are boned if you were hoping to play Dead Space 2 on anything other than a PS3 or 360.