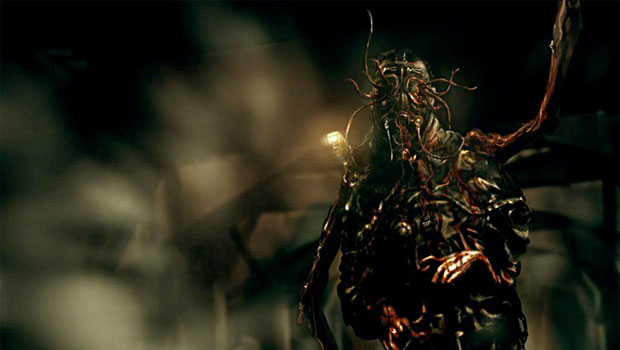 It’s with little shock that we’ll eventually be telling you all about the sequel to Visceral Games’ Dead Space. All signs point to “totally happening,” with rumors of multiplayer that our own sources quietly confirmed to us months ago.

So when will we see it? If a teaser for next month’s issue of Official PlayStation Magazine is anything to go by, it seems “next month.” The magazine teases an “unannounced horror game,” and uses a piece of artwork that has been discovered to be a piece of concept art (pictured above) from the original Dead Space.

Seems likely, and we’ll find out soon enough, as the magazine hits stands on December 22. It’s possible we’ll see hints of the game even sooner — the Spike VGAs, which airs on December 12, promises to reveal nearly a dozen unannounced games. Could Dead Space 2 be among them?