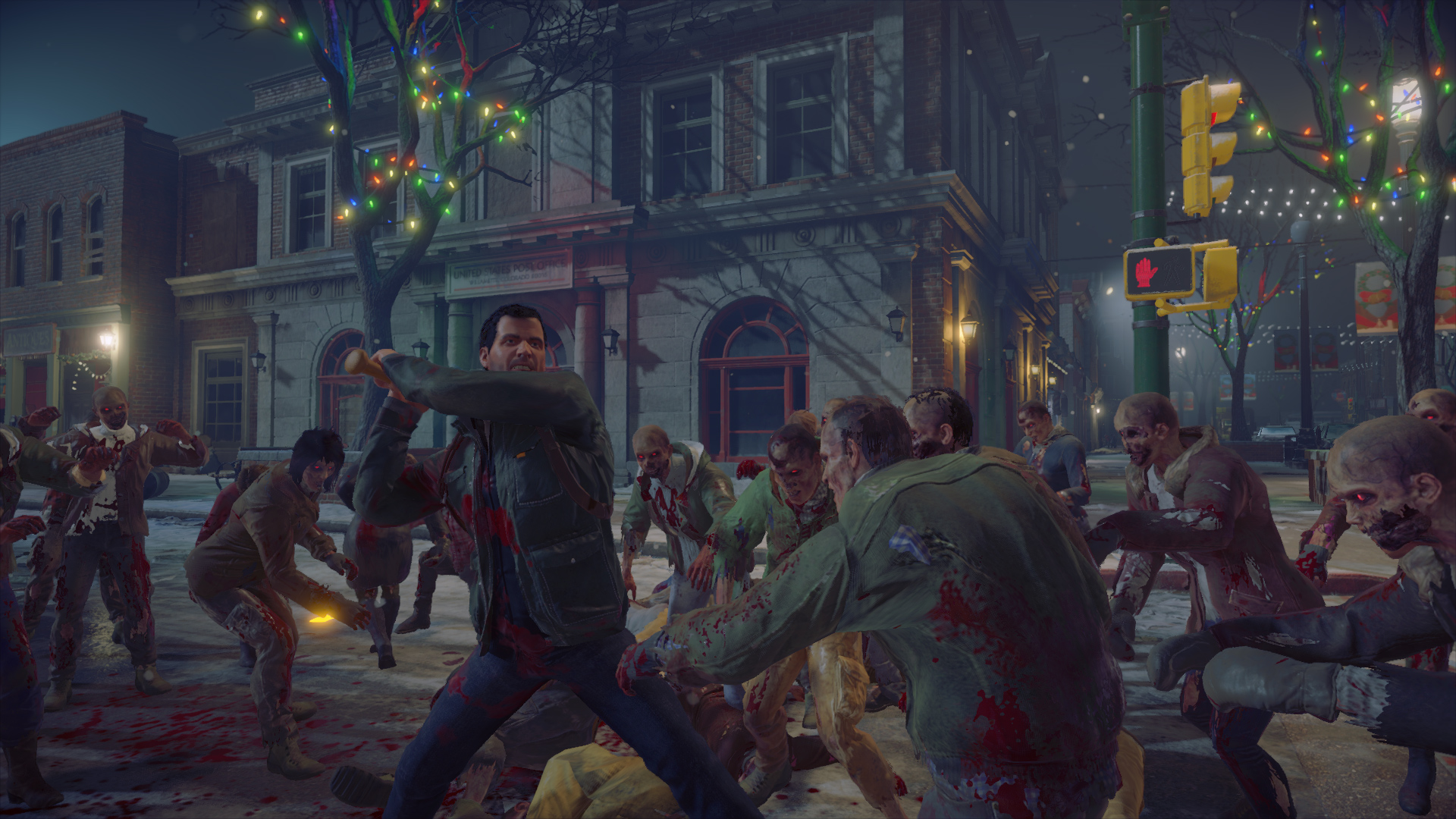 It’s the most wonderful time of the year

Dead Rising 4 is not a remake as some of us initially thought and some folks still think, but it does lean on fond memories of the 2006 original. Photojournalist Frank West is back in Willamette, Colorado following another zombie outbreak and he’s picked up a few new tricks: selfies and “military grade” exo suits.

The E3 demo was set in the snowy streets of Willamette, and its lone story mission had me tracking down a patrol of lost soldiers. They were in a fire station, which meant Frank (and I, living vicariously through Frank) got to slide down a fireman’s pole. Nice.

Even better? A cryo-sword that turned zombies into oh-so-breakable ice sculptures. After joyfully smashing them all to pieces, I found the lost (but totally deceased) soldiers strung up on a wall and did what any hip, camera-wielding maniac would do: posed next to their bodies with my tongue stretched out. You have control over Frank’s facial expressions, which is something I didn’t even know I wanted. 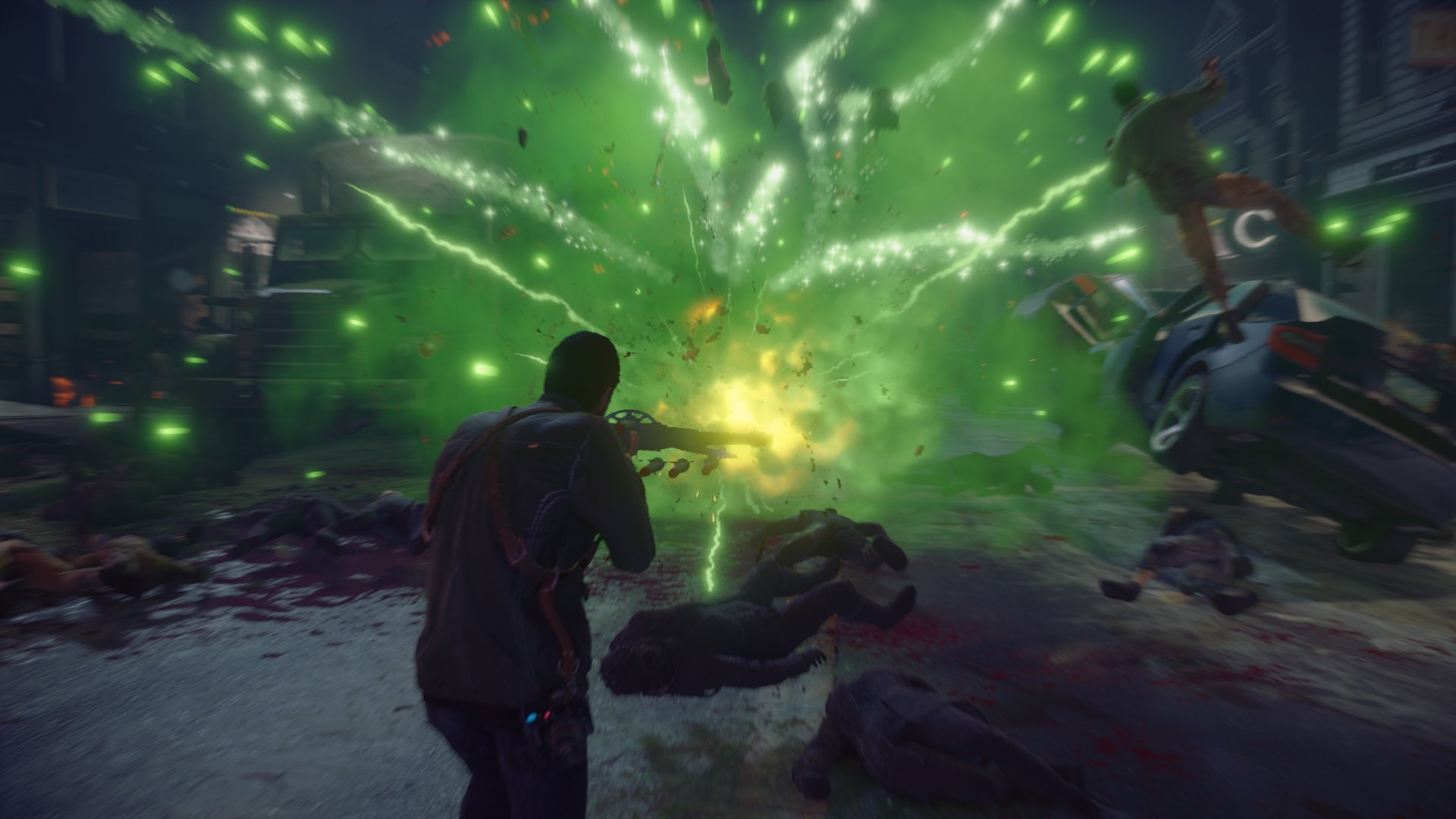 You can also still take photos of, say, a helicopter firing down on hundreds of infected and you’ll score a bunch of points because that’s a cool, chaotic shot. And while I didn’t get to experience much of it, Capcom Vancouver will have players using the camera’s spectrum analyzer for clue gathering in the vein of something like Condemned.

What’s up with the exo suits? They’re time-limited power-ups, essentially. There will be customization similar to how you can craft far-fetched “combo” weapons, but for the demo, I just had access to a basic frame. Still, it was powerful enough that I could rip a parking meter out of the ground and repeatedly smack cars into the squishy horde. Dead Rising 4 is ridiculous, and thank goodness for that.

There was so much I didn’t get to see and only heard about, including new types of infected and the mall itself, but I like the foundation. Especially the Christmas decorations. I mostly just got a general feel for the action (shooting, swinging, and throwing is streamlined) and the tone (we’re back to Frank’s brand of silliness), but for now, that’s enough to go on. I skipped Dead Rising 3. I won’t miss this.