I won’t spend as much time on Dead Rising 3 as I did with some of the other Xbox One pre-launch previews as we’ve covered it a fair bit in the past. We first saw it at E3 and thought that it looked and sounded rough. But our Tokyo Game Show preview from a few months later had us feeling better about it. I was most relieved to see that Dead Rising 3 embraced the spirit of the first game at gamescom. It’s absolutely bonkers and makes no apologies for that.

I feel even better about it now that I’ve spent a fair bit of time playing it last week. 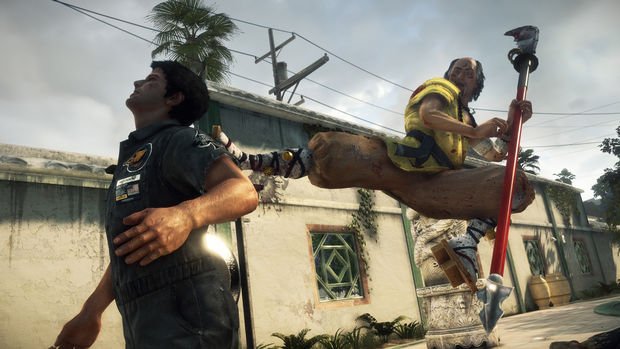 I played Dead Rising 3 for a long time last week — maybe 2 or 3 hours. I got absolutely lost after being set free to run around. Capcom jumped me to chapter 2 to avoid spoiling some story content, but I really didn’t care where I was at in the game with the Roller Hog (a mix between a steamroller and a motorcycle) at my disposal. I’m easy to please.

It’s total freedom in Dead Rising 3. Go anywhere you want, make anything you want, save anytime you want — no restrictions. I spent a lot of time just picking up things off the ground and combining them. I made a boom canon out of a parking cone and used it to blast zombies away. I don’t even recall how I made a flaming helmet, but putting it on a zombie’s head and watching it run around to burn other zombies made my morning. And taping meat to a dynamite stick to have zombies coming up to gnaw on it before it explodes was like a revelation to me. Zombies just stop being scary when you have ridiculous toys like this. 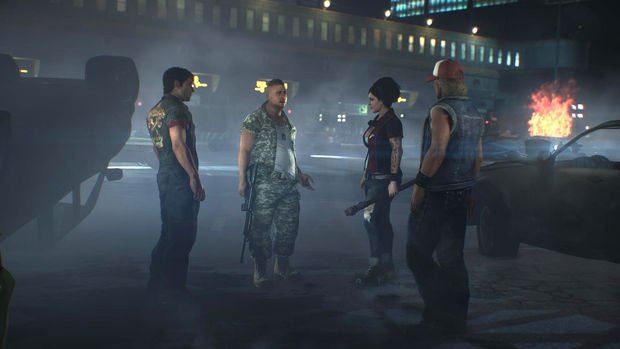 My favorite thing ever is something called Sentry Cat. It’s a robot cat that takes out zombies for you. Capcom reps told me that it’s so stupid that they almost cut it from the game. I’m glad they didn’t. Mixing some electronics finds (I think I used a PC monitor), I created my first Sentry Cat. I set it down on the ground, hit a button, and then watched it scratch some zombie faces before zooming off into the distance.  I actually spit out a raspberry cookie bar laughing at black blur that flew off the screen.

I built another Sentry Cat later on to really see what it does. Watching close, I saw that it randomly mauls zombies before flying off into the distance. This one flew off into the sky. Hilarious. Capcom told me that they’re really not sure where the Sentry Cats go when they’re done mauling. I think that’s fantastic.

After messing around for far too long, I got into the main mission, which had me playing as protagonist Nick Ramos. He gets bitten early on in the story, which has him on a mission to find a cure called Zombrex. This cure lay beyond thousands of zombies, hidden in the base of a mob boss. An invitation for mass slaughter, if you will. 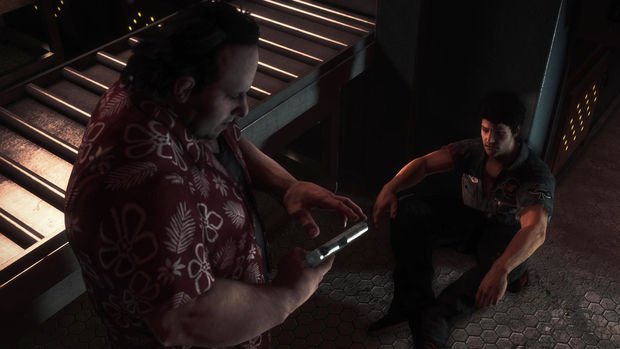 I had a lot of fun mowing (sometimes literally!) through the open world to get to where the Zombrex was hidden, coming up with toys to kill anything that shambled my way. Side missions popped up (they can come up on your smartphone if set to do so via SmartGlass integration),  and I took them on for zombie killing’s sake. I found that I used an electric arching weapon — a combination of a hammer and a LCD monitor — most. A swing slaughters a zombie and also adds an electric shock that carries to other nearby zombies. I could use this at trade shows like E3 and gamescom!

I won’t spoil the story for you, but my journey later had me traveling to a joint called The Diamond Panty (all class), and then later to a museum, where I saw exhibits that covered the history of the Dead Rising franchise, complete with a Frank West standee. An excellent boss battle took place in the museum’s planetarium. It had me dodging exhibits, shooting guns, and running for dear life. 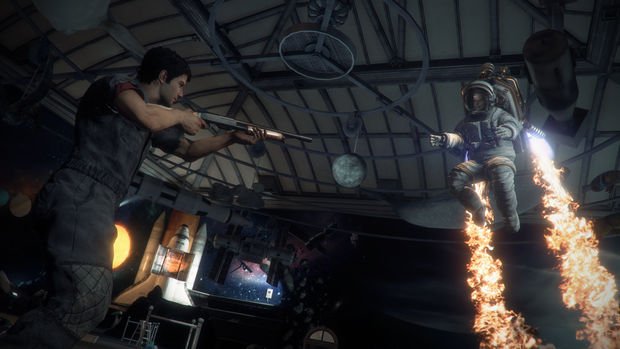 I’m very happy that Dead Rising 3 turned out this well. Series fans should know that it’s so much better than Dead Rising 2. For me, it is the most satisfying of the Xbox One launch games. I love how you can get lost in its massive sandbox for as long as you’d like, and then jump back into progressing the story when you’re ready. It’s all laid out for you to have fun with, with nothing to get in your way.