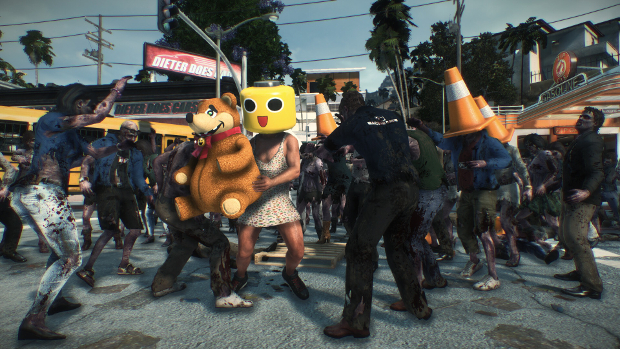 Also has the hardest difficulty mode in the series

Like previous games in the franchise, Dead Rising 3 will feature multiple endings and, once you beat the game, a mode without the story’s time constraints, Capcom Vancouver producer Mike Jones confirmed to OXM. Thankfully, post E3 footage of Dead Rising 3 also looks considerably more like previous games in the franchise, rather than looking like the brown, “mature and sophisticated” Call of Duty-alike is was originally touted as.

I think typically we’ve always had about somewhere between 6 and 10, something like that. There’s a handful of branching points that make a significant difference, and whether you’re able to play beyond the normal timeline or not. Previous Dead Risings would always have modes like the Overtime mode, where you get to discover the truth behind everything that’s been going on. So there’s not just the six days, we’re going beyond that if you make the right story decisions. So it’s not like choose-your-own-adventure crazy infinite endings, there’s a finite amount, but they all [correspond to] meaningful story decisions that you make as you play through.

Sounds good. Hopefully it will provide some replay value in the Xbox One’s early days. Dead Rising 3 has its protagonist, Not Frank West, attempting to escape from Los Perdidos before the US military obliterates it with nuclear weaponry.

There’s also a Smart Glass exclusive side mission and its “Nightmare Mode” will apparently make it the hardest game in the series yet, for those seeking a challenge.