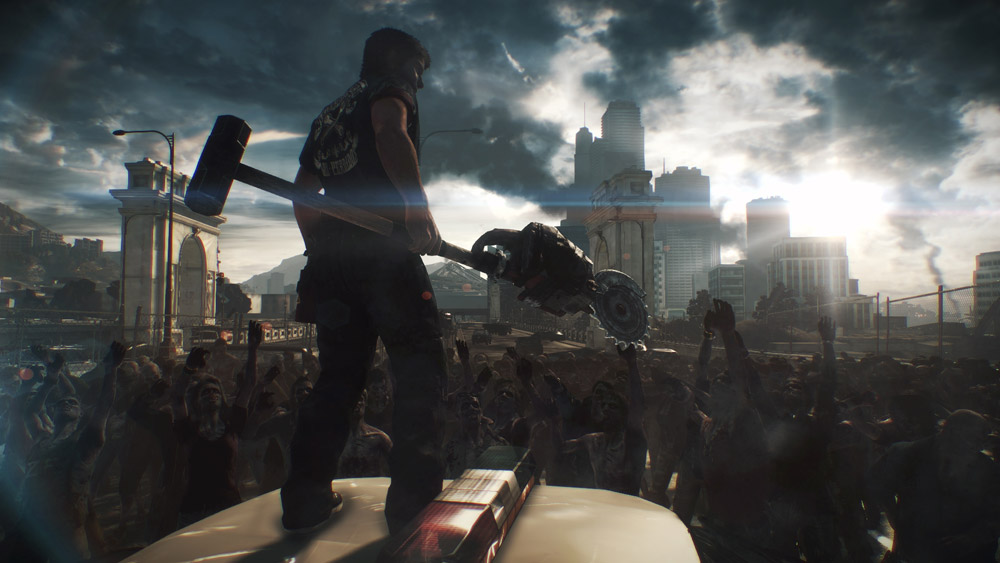 A whole city and a new protagonist are revealed

Capcom’s Dead Rising 3 has been revealed to be an Xbox One exclusive, containing an all new protagonist and open-world setting. Nick the mechanic finds himself in the middle of a zombie outbreak in the city of Los Perdidos. Unlike the previous games, Dead Rising 3 gives players a whole city to play in — absent load screens — where Nick must jack cars to get around and scavenge for supplies.

Everything can be used as a weapon, and the robust crafting system appears to be back in full force. Stuck in a dark, gloomy building, Nick sticks his torch to a firearm, allowing him to shoot without limiting his vision. Later in the demo, Nick attaches a saw blade to his imposing sledgehammer, slicing and smashing zombies. When he’s done with it, he throws it at one of his undead foes, doing significant damage.

The whole way through the demonstration, Nick was muttering to himself, running out of breath, and freaking out, making the title seem slightly less tongue in cheek than its predecessors. Though it still seems to contain all the over-the-top carnage. When he gets himself an assault rifle, Nick turns a street into a war zone, with explosions sending the undead back to being plain dead.

Dead Rising 3 will have smartglass integration. One example of its implementation is Nick’s ability to call in an artillery strike, which he uses to wipe out a massive zombie horde quite effectively.

Dead Rising 3 will be coming out this holiday season, exclusive to Xbox One.