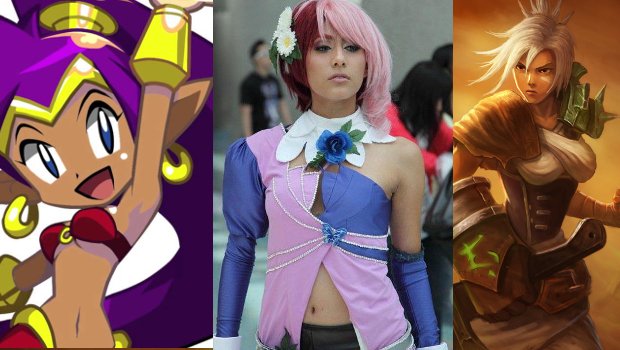 Last Sunday on Sup Holmes (now on iTunes) we were treated to company of Cristina Vee, voice actress for League of Legends, BlazBlue, Tekken: Blood Vengence, Skullgirls, Pokemon Origins and many other games and animated films. She is utterly charming, almost to the point of inducing speechlessness.

On one hand you have her compelling underdog story — learning to overcome shyness through discovering anime and its surrounding fan community,  getting discovered online for singing anime theme songs, getting her first job in the industry as a teenager, and finally making it to the success she’s found today. On the other hand, you have her personality — a mix of wit, shyness, and slightly unhinged creativity. Over the course of the show she became Pokemon Cubone, sang about Rainicorns, and auditioned with me for the role of Marie Rose, the new Dead or Alive fighter. I made up lines for her to read on the spot about bunk beds and Burger King for her to read in-character. Her performance was flawless. Tecmo Koei would do well to sign her for the roll ASAP.

We also talked about what it’s like to be typecast, the growing attention that games are getting from Hollywood actors, what its like to to do voice acting for perverts and sex secenes, and so much more. Thanks again to Cristina for appearing on the show, and please tune in tomorrow at 1pm PST/4pm EST when we kick off Adult Swimbemer with Soundodger+‘s Michael Molinari.