In an interview with Japanese publication Famistu this week, Dead or Alive producer Yohei Shimbori spoke about some of the upcoming changes to the recently revealed Dead or Alive 6, particularly in terms of how they wish the game to be viewed by audiences.

A new engine will be utilised, which allows for better lighting effects, skin textures and facial animation, but will move away from the game’s trademark “soft engine” which was essentially used to create player-defined boob-and-ass jiggle physics. Team Ninja are hoping to make DoA 6 a much more painful-looking, down-and-dirty affair.

Shimbori mentions that, when speaking with players at fighting tournament EVO last year, there was still a believed stigma that playing DoA was considered a source of embarrassment due to the game’s gravure elements. Thus it has been decided to make a shift from the gals of DoA being less sexy and more badass and cool, in design, clothing and personality. 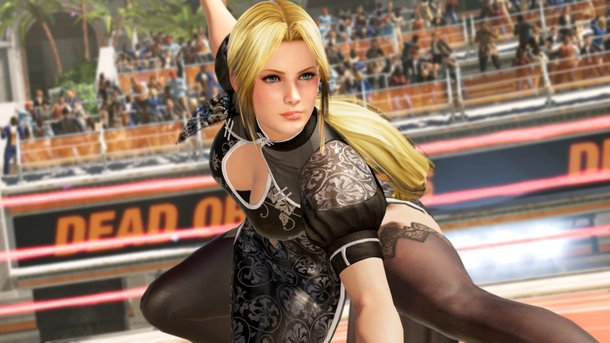 The new engine will combine realistic textures for skin and clothing with sweat, dirt, tears and other emotional details, the new engine allowing for much more intricate facial animation. For the first time in the series, the faces of the girls (and guys) of DoA will get mucked up in battle, to accurately reflect that “I just took an RKO in a muddy puddle” realism. This is all part of Team Ninja’s plan to trademark DoA 6 as “Fierce Fighting Entertainment.”

Obviously, the cast of DoA, male and female, will naturally remain sexy, they’re a good-looking bunch of guys and gals. I guess Team Ninja are specifically referring to the elements of character portrayal that lean more on the side of gravure modelling, or those ridiculous water-balloon effects. I think the hopes are to make it more about what a bunch of motherfuckers they are, as opposed to the upskirt chicanery, doe-eyed panting when defeated, and “99 Years Old” options.

The other interesting element here, from a business standpoint, is that Team Ninja infamously put out hundreds of dollars worth of DLC for Dead or Alive 5, with a huge chunk of those costumes dedicated to sexy, risque or revealing outfits. If the company truly wish to move away from DoA’s said “sex doll” reputation, are they willing to take the hit on all of those glorious DLC dollars to do so? And what does this new attitude mean for the future of DoA Xtreme? Time will tell.