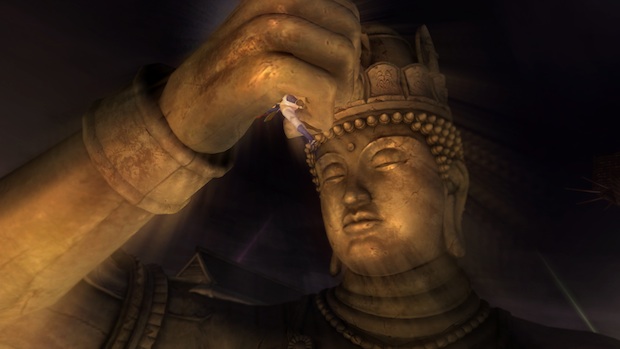 As a quick follow-up to yesterday’s story on Tecmo Koei’s latest coming to Japan, we now know that Dead or Alive 5 Ultimate is confirmed for North America and Europe, too. I mean, we had no doubts it was coming. It’s just nice to know, you know? Expect to see it this fall as both a retail release and a digital download.

Expect all the new modes from Dead or Alive 5 Plus, plus new stages and fighters. The Move Details Plus also carries over, and an additional tutorial mode will be added. Levels from the Ninja Gaiden series make an appearance.

In our gallery below you’ll find plenty of new screenshots.

We also have the announcement trailer for DOA5U for you. You’ll see Momiji in action — confirmed as a playable character.

You’ve got to see this moving giant Buddha statue in the new Sky City Tokyo stage. He can pick your ass up and slam you to the ground. At 0:45 you’ll see how this works.

And who is being teased at the very end of the trailer?