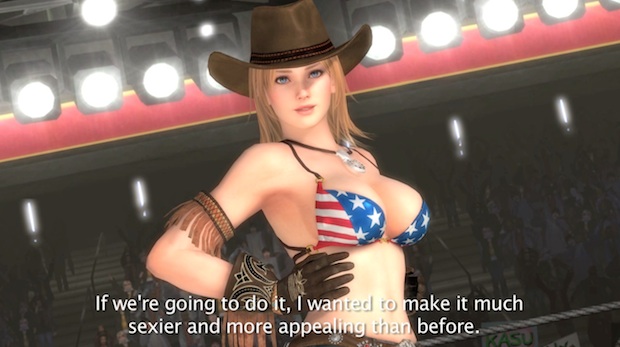 The second episode of the Dead or Alive 5 “Fighter’s Chronicles” has the developers talking about the process they went through to create the new moves used in the game. They say that they looked at the core of the fighters and figured out what what moves would fit with their personality and image, trying to stay in line with their character and backstory.

The devs also talk about how they’ve refocused efforts, moving away from character “beauty” and more toward their presence, in an effort to make them more realistic. Of course, sexiness is still important. They touch on that, too.

A bit on the stages and how they’ve turned the realism up is also included. Even dirt and wetness in battles was considered.

Finally, they talk about the inclusion of Virtua Fighter characters Sarah and Akira. Interesting stuff.