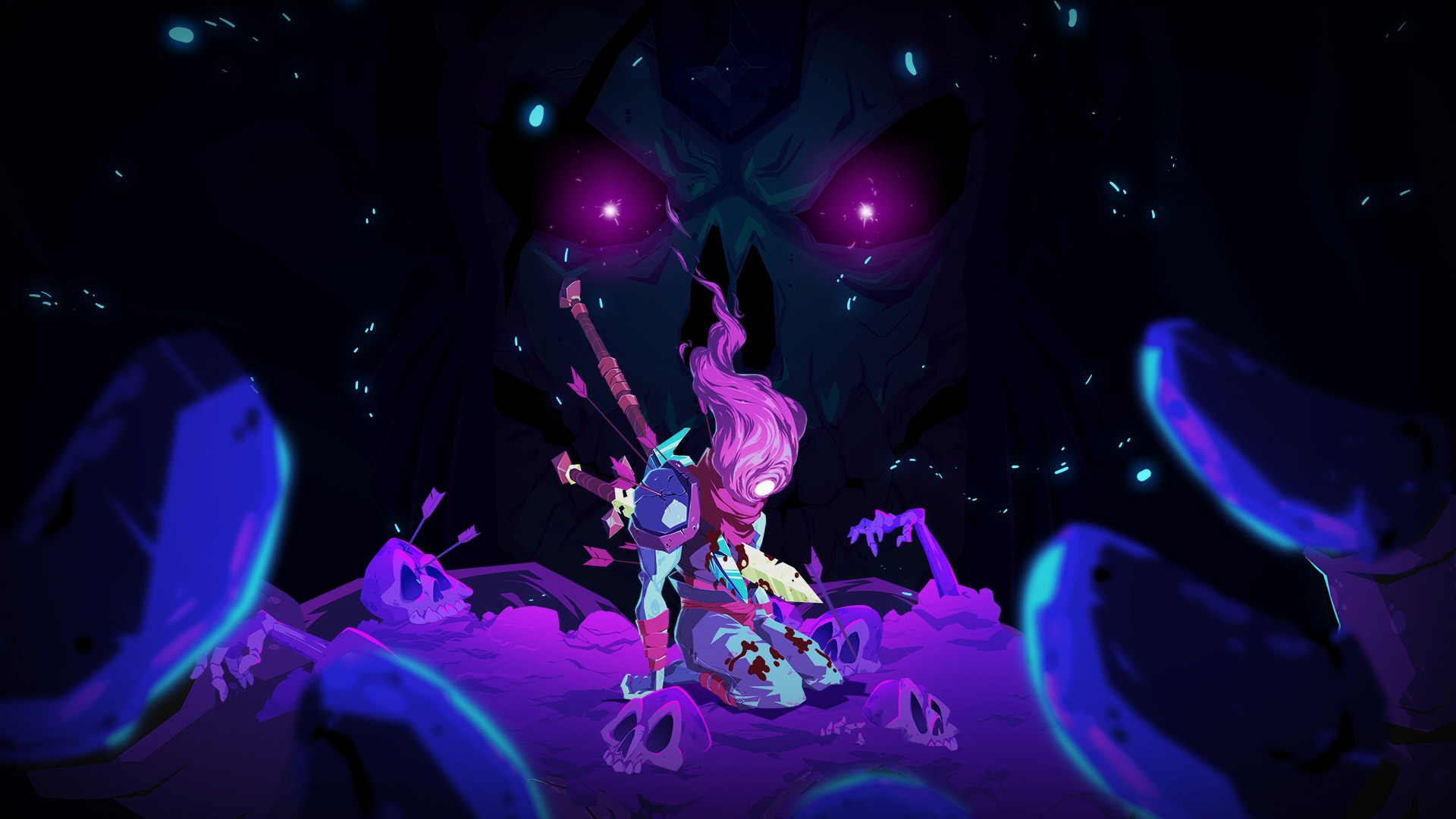 An interview about the future of Motion Twin and Evil Empire

For a game so willing to crush you at a moment’s notice, Dead Cells is a surprisingly feel-good story.

Whether you first got into Motion Twin’s roguelite action-platformer in 2017 with the Steam Early Access version, or you started playing the game during its 2018 launch, or you’re just now picking it up this year, there’s still so much left to see. I don’t think anyone – not even its creators – expected Dead Cells to have this much momentum. It’s still being actively supported, and it will be for some time.

At PAX West, I spoke with Steve Filby of Motion Twin about how Dead Cells is doing, what’s on the wishlist for the rest of the year, and when, if ever, the developers will move on to something new. 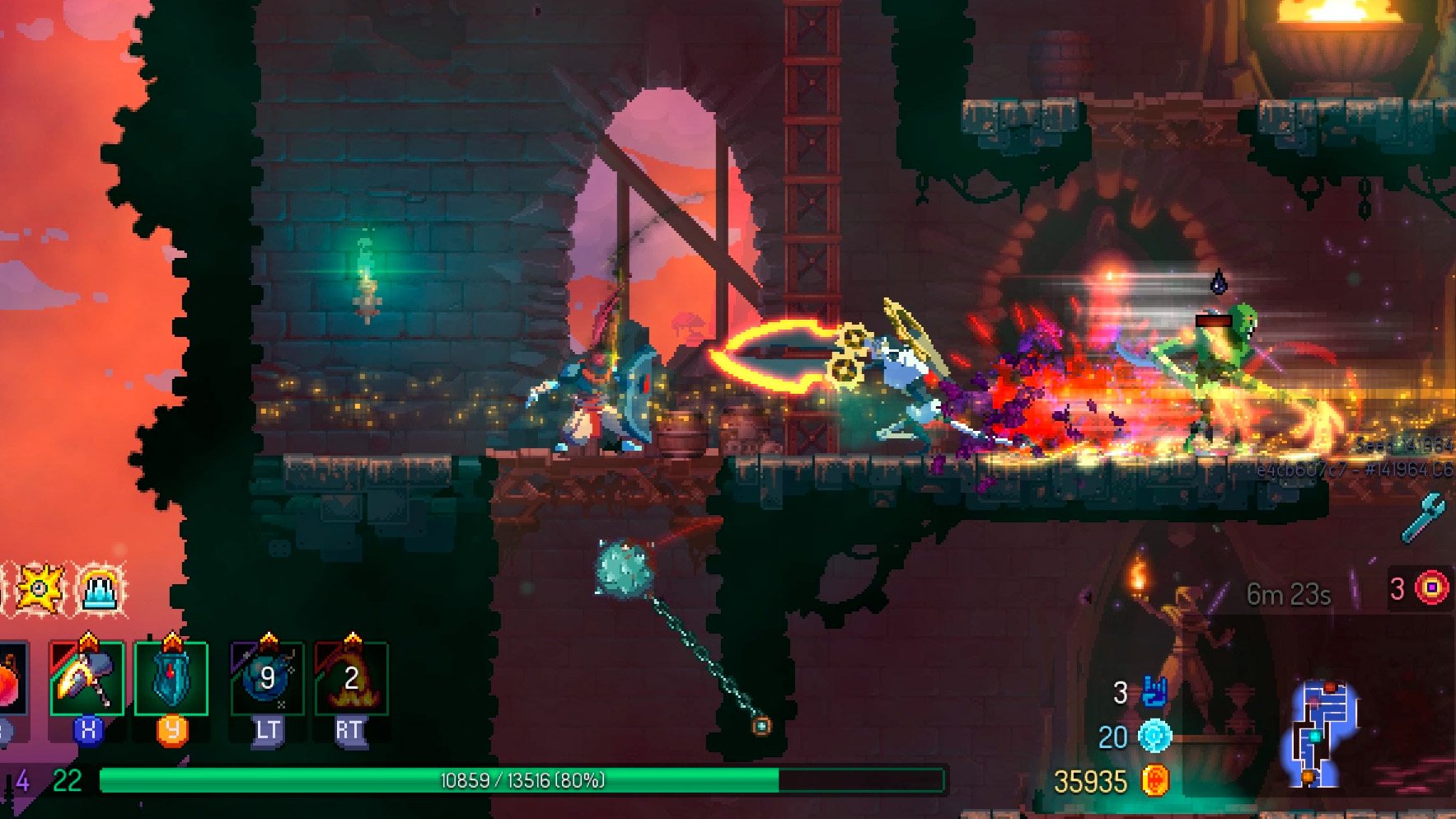 First, it’s important to set the stage with a bit of additional background.

In August 2019, the developers publicly announced on Steam that the “majority” of Motion Twin had begun exploring their “next game.” The studio is a worker cooperative, which “makes growing beyond eight to ten people quite difficult,” but without a larger staff, continued support for Dead Cells wouldn’t be feasible. In order to keep Dead Cells moving forward, a new company, Evil Empire, was formed.

“It doesn’t really change a terrible lot,” read the announcement. “Three of us have been working on Dead Cells since the beginning and we’re all still in the same office as the rest of the Motion Twin team.”

“We built the Evil Empire team out starting in the end of January,” Filby told Destructoid. “We built update 13, 14, we’re working on update 15 now, and we did the bugfixing and everything for Rise of the Giant. We wanted to cut our teeth before we announced to the world that we exist. When you’re handing off your game to another team, it’s like, ‘who are these guys?’ Let’s prove we can do stuff.”

“As soon as it gets past eight to ten people, [Motion Twin] have to start having managers and paying attention to the business, and they don’t want to do that,” Filby explained.

“They’ve got veto right on everything we do [at Evil Empire]. They are prototyping on their side – they’re working on their next project – and we’re sitting on the other side of the office building more Dead Cells. The idea is that we take advantage of their wealth of knowledge, and they take advantage of the fact that we’re more interested in business and building more games and getting bigger.” 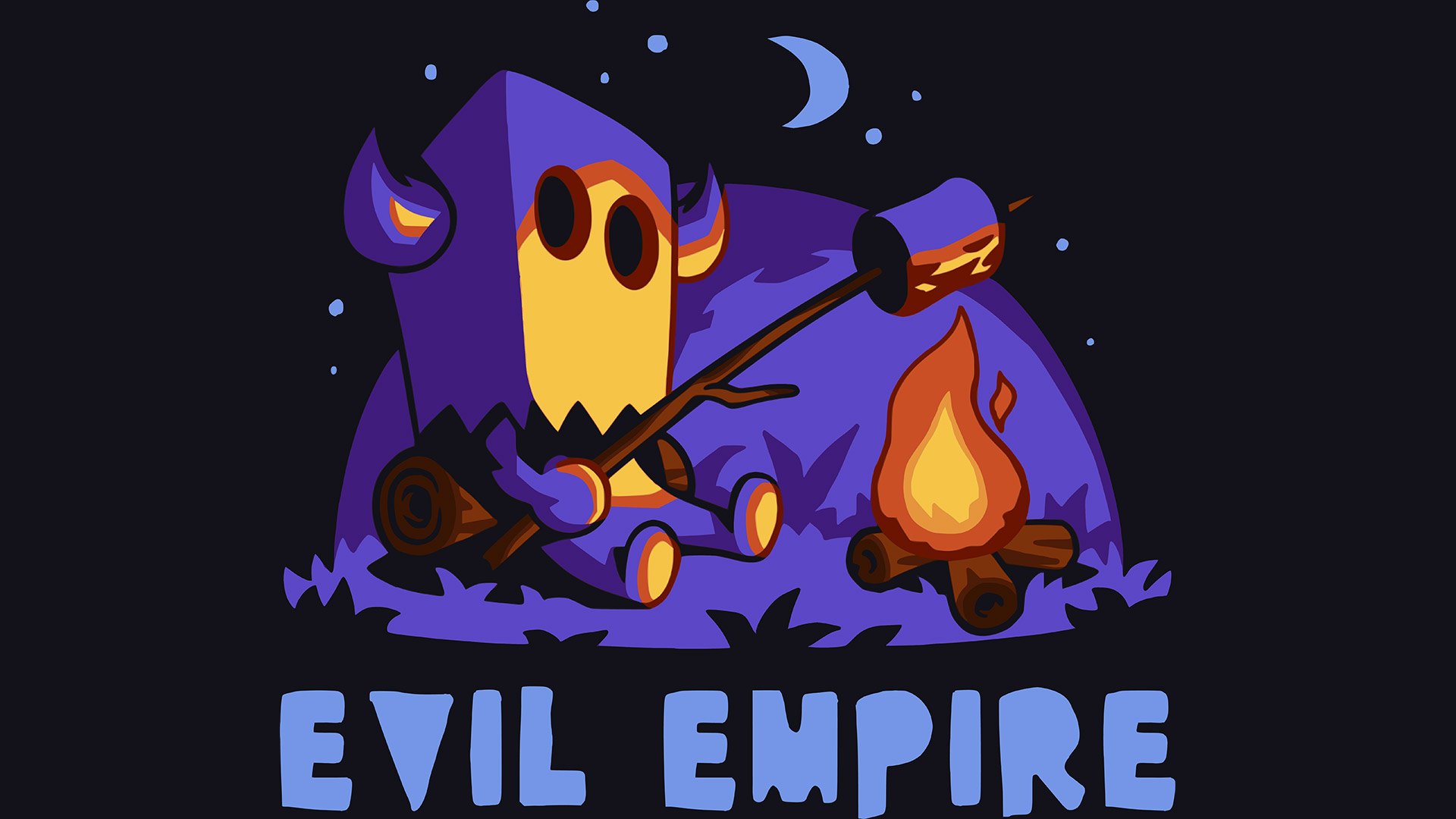 In light of these plans, I wondered how Dead Cells was selling right now – again, the game debuted in 2017 – and whether or not Evil Empire has a specific end goal in mind for post-launch support.

“Into 2019, it’s still selling incredibly well,” according to Filby. “We’re up to 2.4 million copies now, all platforms included.” As for Nintendo Switch sales (I had to ask!), he said “Switch is insane, it’s completely ridiculous. The game really lends itself to that portable, one-more-run [style].”

In terms of ongoing support for Dead Cells, “there’s a couple of limits.”

“The first one is money. If the game ever stops being profitable, then you can’t keep working on it. The other is the artistic limit. You can’t just continuously add content to a thing. You can turn it into a Frankenstein. There’s a definite limit,” he said. “I think we can do a few cool things, maybe like extra branches, different game modes, that kinda stuff, but then eventually we have to start thinking about ‘Do we do a Dead Cells 2? Do we try and do what Risk of Rain did and do a 3D version? Do we try multiplayer?’ The thing is, when you’ve got such a great universe, you can do heaps of stuff.”

“When you’re a small team, you’re like ‘Oh man, it’d be so good to rework this system,’ but you don’t have time, so you push it as it is, and then you put it on the bucket list for someday,” Filby continued. “We’ve been working through the bucket list of things that we want to do.”

In terms of specifics, he brought up the average run time, which “has gotten pretty long” over the past two years. The team hopes to bring that back down to around half an hour or so. They’re also focused on “making sure it’s fun to play at all difficulty levels” and reaching an ideal point where whenever you die, you clearly know why you died, and that it was your fault, not the game’s.

Filby also brought up Dead Cells‘ mutation system, which seems like a never-ending balancing act. “At the moment, it really locks you into a build,” he said. “There’s an optimal set of mutations, and you pick that one every time.” As for new content, Evil Empire would “like to build more levels and a new boss, but then, it’s a question of ‘do we do a paid DLC?’ We’ve got to figure all that stuff out.” 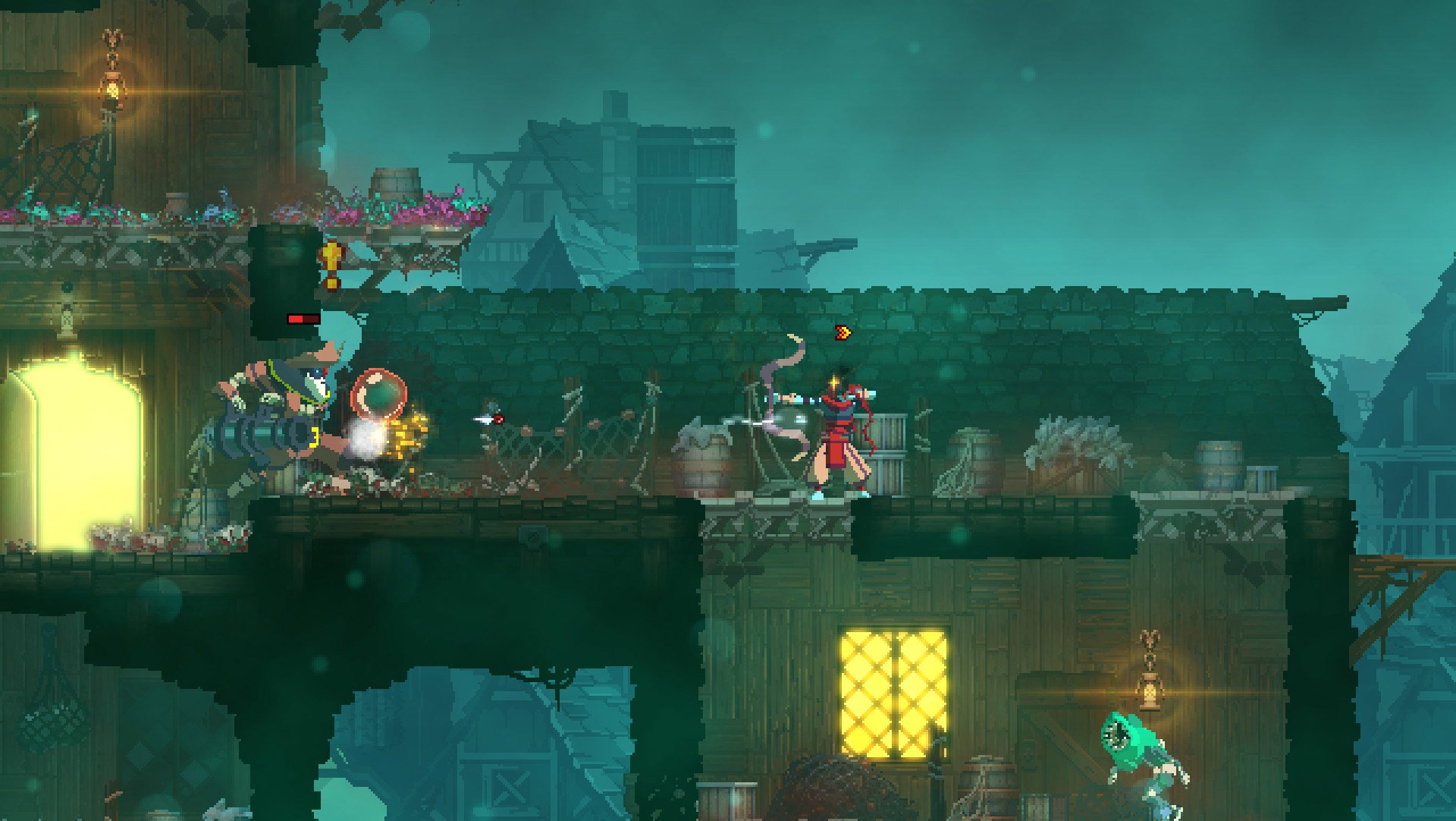 “You have this community that loves your game and they want content till you’re dead,” Filby said. “They’d be happy to have Dead Cells forever. And there’s always new players coming along.”

“The idea with us is that we want to build our own games as well at Evil Empire, so what we’re gonna do is, as our guys start to get sick of working on Dead Cells after like two years, three years, then we’ll start siphoning them off and putting them on a new project, and refreshing the Dead Cells team – bringing in new ideas, new blood. The old guys train them up, and then go work on a new project.”

As for the Motion Twin crew, they’re busy prototyping new concepts right now. “Usually they’ll do like a two- or three-week cycle, and they’ll all get together, test all of the prototypes, and then just talk,” he said. “They’re very open to everything at the moment.”

“It’s going to be minimum two years until they get to Early Access. Plus, you’ve got Dead Cells as their yardstick. They’re trying to keep that out of their heads, but it’s inevitable that it’s gonna color what they do. They’re aiming to be federated around an idea [for a game] by the end of this year.”