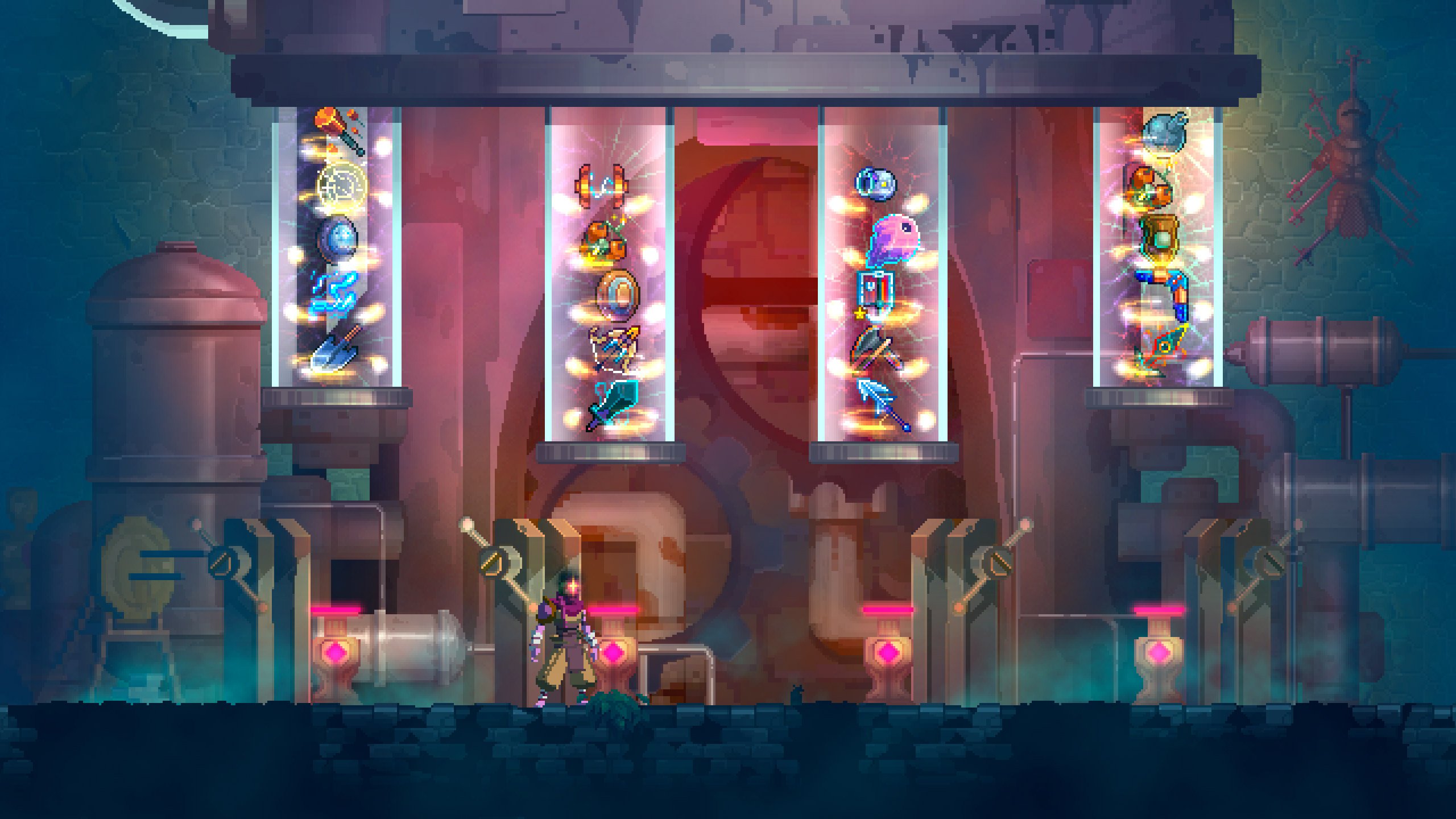 Along with a ‘meta upgrade’ and a mini biome

It’s update day for Dead Cells. Along with an optional “mini biome,” the Corrupted Update adds an exciting “meta upgrade” – Recycling Tubes – for players who have cleared the game on BC1.

Come again? Yes, you had it right the first time. “Recycling Tubes.”

“[It’s a] terrible name, and that might change,” according to Evil Empire’s Steve Filby.

In essence, the Recycling Tubes replace the starting gear found at the Collector in hopes of cutting down on tedium and RNG struggles during the beginning of Dead Cells runs. You’ll be able to pick one of four randomized item sets, each of which contains five items: melee, ranged, a shield, and two skills.

“We hope that’ll make things better for players on higher levels of difficulty,” he said.

Let’s get back to that mini biome, Corrupted Confinement, for a second. Filby explained that this update is “mainly an overall balance of the biomes and the paths between them,” and they’re hoping to “prevent one biome or path from becoming the indisputably best choice among its counterparts.”

If you like to really settle in and take your time with each zone, you’ll appreciate one of the new runes, Explorer Instinct, which can help you track down every last scroll, chest, and merchant. Once you’ve explored “most” of a level, the rune will fill in the remaining gaps and reveal “points of interest.”

You can find the Explorer’s rune behind some doors near the end of the Forgotten Sepulcher.

The game has also done away with a hard damage cap of 99,999 “in order to stop penalizing heavy-hitting weapons against bosses,” but this could be reverted if it ends up  causing “unforeseen issues.” Another bullet point – a new auto-skip-cutscenes toggle – should sit well with established players.

For the full list of features, balance tweaks, bug fixes, and enhancements, consult the Corrupted patch notes. There are three more Tactical mutations (Caltrops, Networking, and Tactical Retreat) to learn, too.

The update is out on PC and it’s planned for Nintendo Switch, PS4, and Xbox One in “late November.”