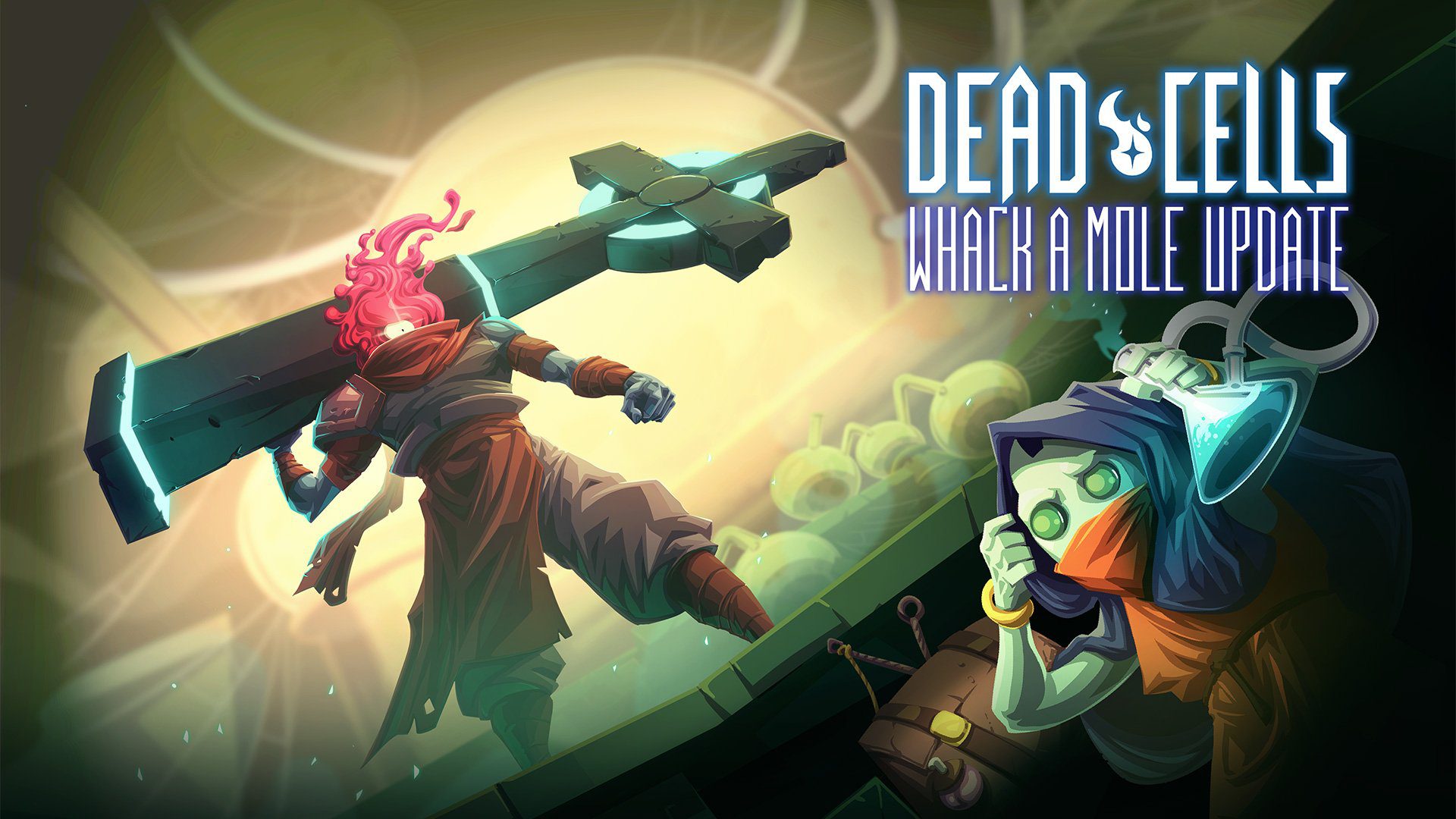 New weapons? More mutations? Hard-hitting balance tweaks? Where do your eyes dart when scanning the patch notes for a major Dead Cells update? It probably depends on your goals for the game and where you’re at with them. For folks stuck in Boss Cell hell, the revamped difficulty curve is a big deal.

In today’s Whack-a-Mole update, the difficulty in Dead Cells was rebalanced again:

For those who haven’t kept up lately, these changes are meant to make things “easier.”

Elsewhere in the Whack-a-Mole update, we’re getting three amusingly beefy weapons: a doom-inflicting Tombstone, a last-hit-chaining Oven Axe, and a hold-to-charge club called the Toothpick.

There’s also three tempting mutations to mull over, two of which speak to me as a tactics player:

So uh… I think barbed tips might be a little busted. from r/deadcells

How do you unlock the new mutations and weapons? They’re drops! According to the wiki, you can get No Mercy from Slashers, Barbed Tips from Toxic Miasmas, Point Blank from Corpulent Zombies, Tombstone from Swarm Zombies, Oven Axe from Oven Knights, and Toothpick from Ground Shakers.

The team has tried to stamp out seed-related crashes for good, touched up the Malaise mechanic (including new icons to “give you a better idea of what’s about to hit you”), and made it so Legendary items scale “based on the sum of your two highest stats” and Legendary status doesn’t raise an item’s level. That said, those last two reworks are “very subject to change.” Dead Cells doesn’t stand still.

As always, it’s worth poking around to see the minutia. For instance, it may not be a headliner for a lot of players, but a new accessibility-focused hold-to-chain-attacks toggle sounds pretty sweet.

As noted on Reddit, the Whack-a-Mole update should be ready for consoles in the next three to four weeks. If you’re a Dead Cells mobile player, that version just got The Bad Seed DLC – it’s $3.99.

Back to the grind we go!