A luchador, penitent one, and vessel walk into a bar…

[Update: After the initial PC launch, the Everyone is Here indie crossover update for Dead Cells is out now for PlayStation 4, Xbox One, and Nintendo Switch players.]

It’s a feel-good moment whenever indie games trade characters, but Dead Cells is going even further with six crossover protagonists stepping up to the take on The Hand of the King. In the newly-released Everyone is Here update, Dead Cells has added weapons and outfits based on Hollow Knight, Blasphemous, Guacamelee, Hyper Light Drifter, Curse of the Dead Gods, and Skul: The Hero Slayer. Pretty great cast of characters here, right?

Of course, this is Dead Cells, so you’ll have to put in a bit of work beforehand. To unlock the “Independent Legends” crossover weapons, you’ll want to look out for lore rooms that can randomly appear while running through the Prisoners’ Quarters, and there’s also a “book of clues” with hints about in-game feats you can pull off to unlock the outfits.

Here’s a quick rundown of the crossover weapons:

As one example, I spotted this familiar bench from Hollow Knight.

After interacting with it, a short scene played out and I got the Pure Nail weapon. 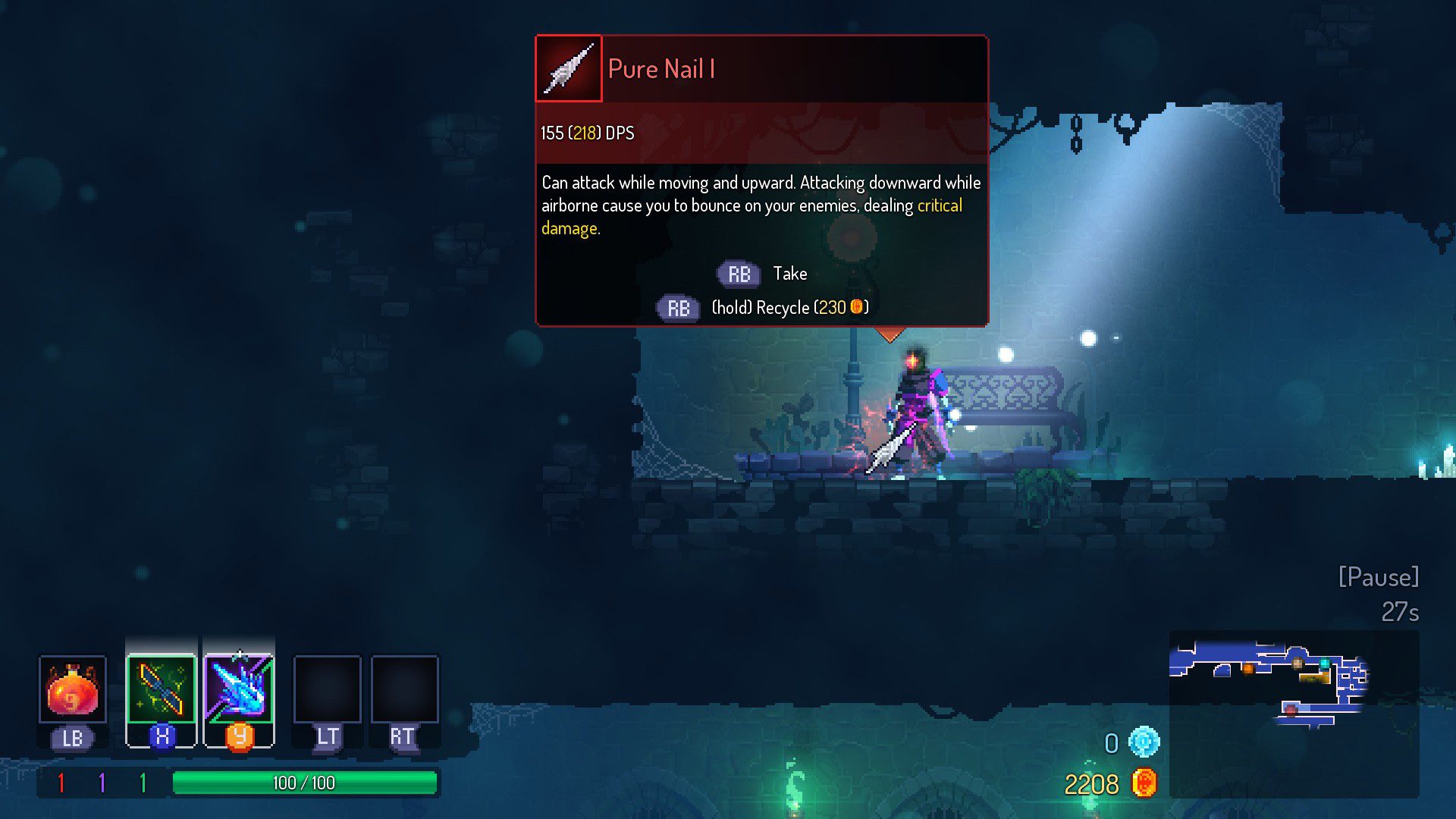 And then, once I died and returned to the starting area, there was a new book with hints describing the challenge criteria for unlocking each indie game crossover outfit.

On top of the indie game cameos, a few other minor things made it into Update 26.

On the bug front, dropping a bomb won’t interrupt your invisibility, and fire/ice affixes won’t appear on ice/fire items. Dead Cells also has a new internal log system to help with bug tracking going forward. The developers of Dead Cells say that “no personal data will be logged” and “no changes should be noticeable on your side, apart from log files appearing in your game folder, that you might want to include in future bug reports.”

You can download the Everyone is Here update for Dead Cells on PC, PS4, Xbox One, and Nintendo Switch. As usual, this is free content.