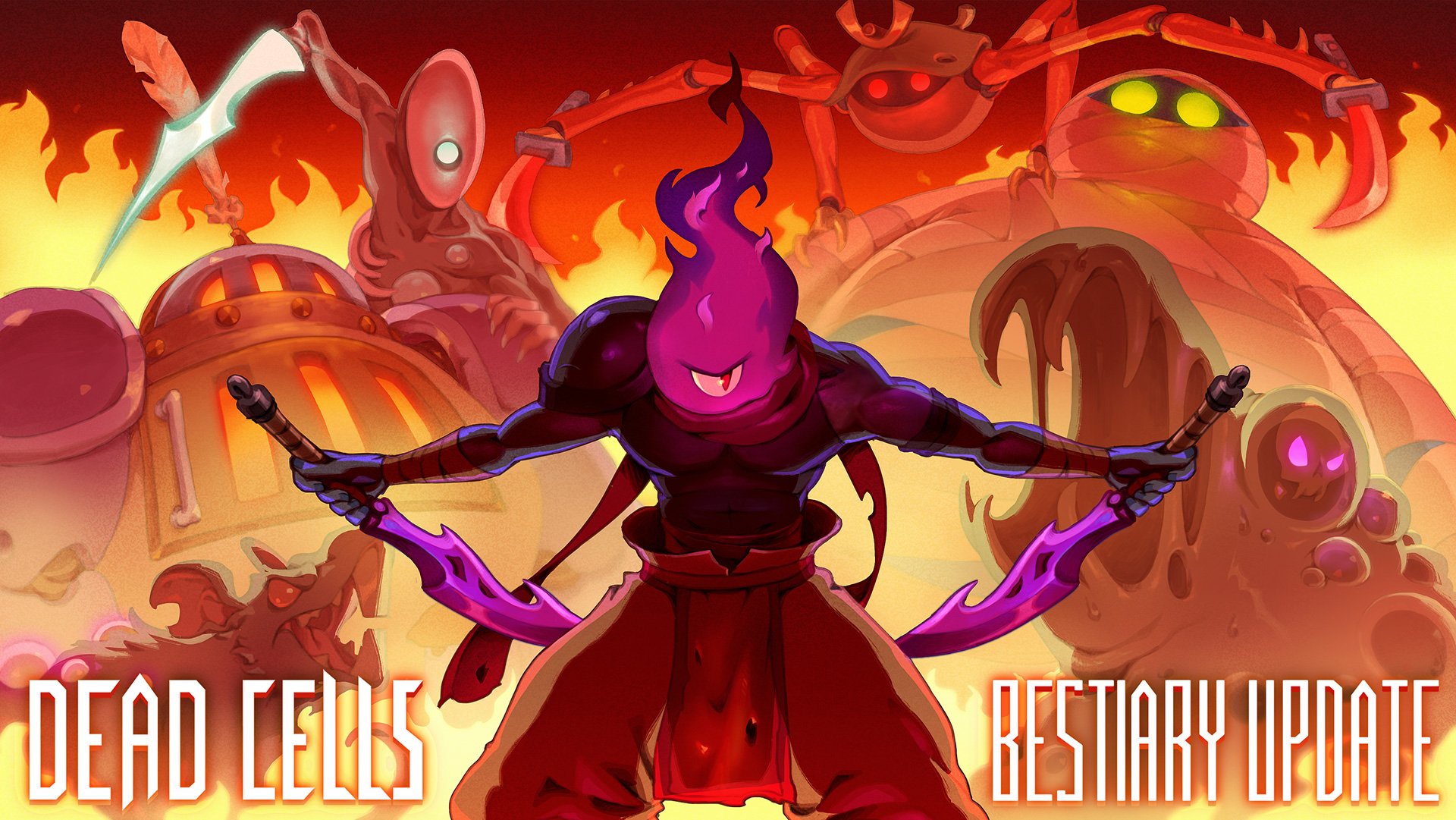 It looks like I’ll have to throw Dead Cells back in my rotation. The game got a free Bestiary update today on PC that adds six new foes – three of which are limited to certain biomes, and three of which are “dispatched through various levels at different Boss Cells” – to help spice up the “common” enemy pool.

Aside from adding three new secret outfits, the Bestiary update also has a pair of items to try out, if only for a cursory Dead Cells run. The Portable Door covers your rear and stuns enemies when you turn around, and the Crowbar is a nod to Half-Life that “crits after breaking a door or a breakable prop.”

Affixes got some love, too – specifically “some items that didn’t have enough.”

The developers have also hinted at “new lore rooms and secrets for the Arboretum and the Morass,” the two main Bad Seed zones, and they thought up ten new achievements, eight of which are DLC-specific.

There are achievements for reaching the Arboretum, Morass of the Banished, and Corrupted Prison for the first time, as well as one for finishing a run without sacrificing the Mushroom Boi. “Pact with the devil,” “Bound for Hell,” “Gentleman,” and “I’ve got my eyes on you…” are a few of the others.

That’s just the high-level overview. The usual sorts of balancing, level design, and quality-of-life changes are also present in this update, so if you’re looking for a reason to explore The Bad Seed more thoroughly, you’ve got it. Ticks and Knife Throwers, in particular, have been tweaked for the better.

The goal of this update was to “flesh out [the core] before we introduce new pieces of larger content.”