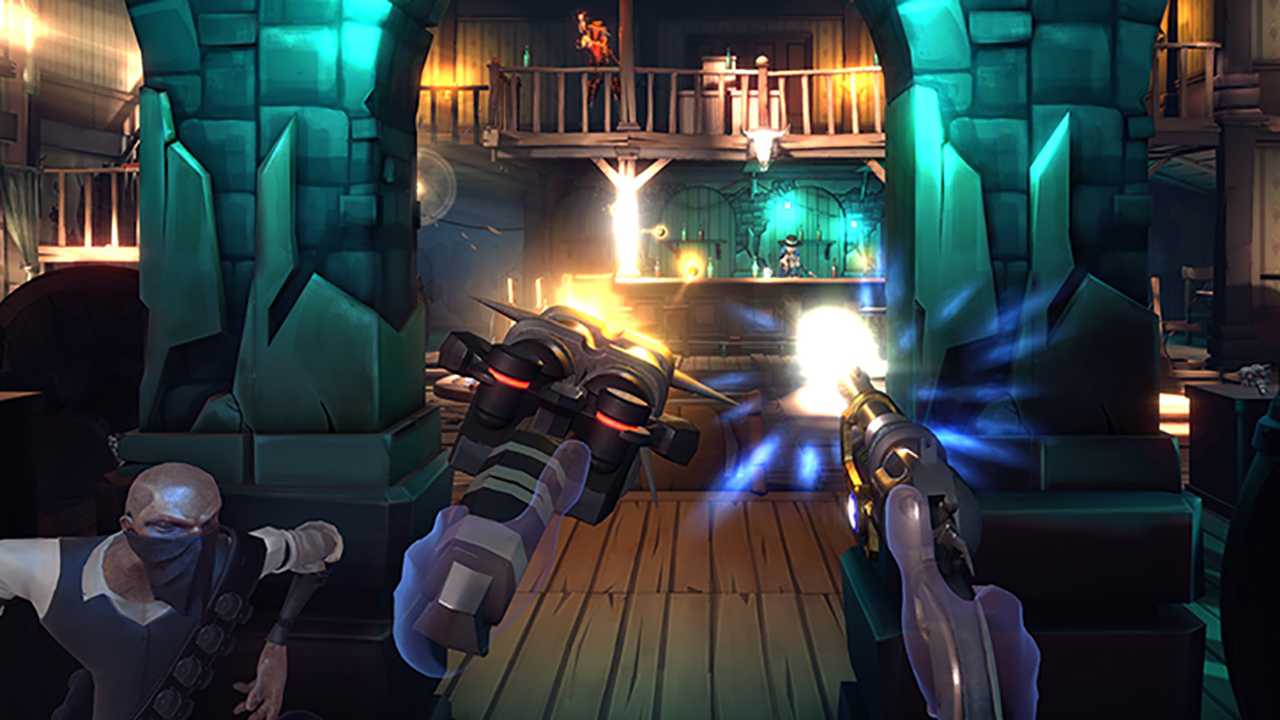 Also proves Oculus Touch is as good as Vive’s controllers

Raw Data wasn’t the only shooter I played in virtual reality at PAX East, nor was it the best. That title belongs to the Oculus Rift exclusive Dead and Buried, a first-person cowboy shootout simulator.

The Oculus area at the expo was divided into four separate rooms, one for each player taking part in the demo. Two teams of two players each battled to be the first to get 15 kills by blasting away at each other with the yet-to-be-released Oculus Touch controllers, all while physically dodging bullets and hiding behind objects in the environment via the Rift’s head-tracking ability.

Let me just say that that the Touch controllers may very well be the most comfortable and advanced controllers I’ve ever used. One goes in each hand, with the part you’re holding feeling a little smaller than a Wii Nunchuck. Each controller features a trigger, a stick, and two buttons just to the side of the sticks. In the game, there are physical representations of your hands that map up quite nicely to real-life movements, though the gesture controls weren’t as seamless as I’d have wanted. Gently laying a finger on any button made my in-game fingers move to mirror it; a cool feature that helped with immersion but didn’t do much else.

Having just played the HTC Vive for the first time earlier in the day, I can say I much preferred the Touch controllers versus the bulkier Vive controllers. More importantly, the gunplay in Dead and Buried was all around better than Raw Data, though that could be partially due to the guns having laser sights attached to them. Knowing the enemies dodging and peaking around corners were actually people on the other side doing it rather than AI was just more satisfying and exhilarating. I’m nowhere near athletic and found myself easily getting kills and dodging bullets without much trouble.

You’re not just holding six-shooters, either. Depending on where you spawn after each death, there could be various weapons in front of you to grab such as a shotgun or a stick of dynamite. You have to look down and physically reach for them and grab them using the Touch controllers. It feels very natural. The only thing I didn’t love was using the sticks of dynamite made me afraid I’d throw the actual controller, even with a wrist strap. That said, I ended our match by getting a kill with a perfectly tossed stick of dynamite, and I felt like a badass.