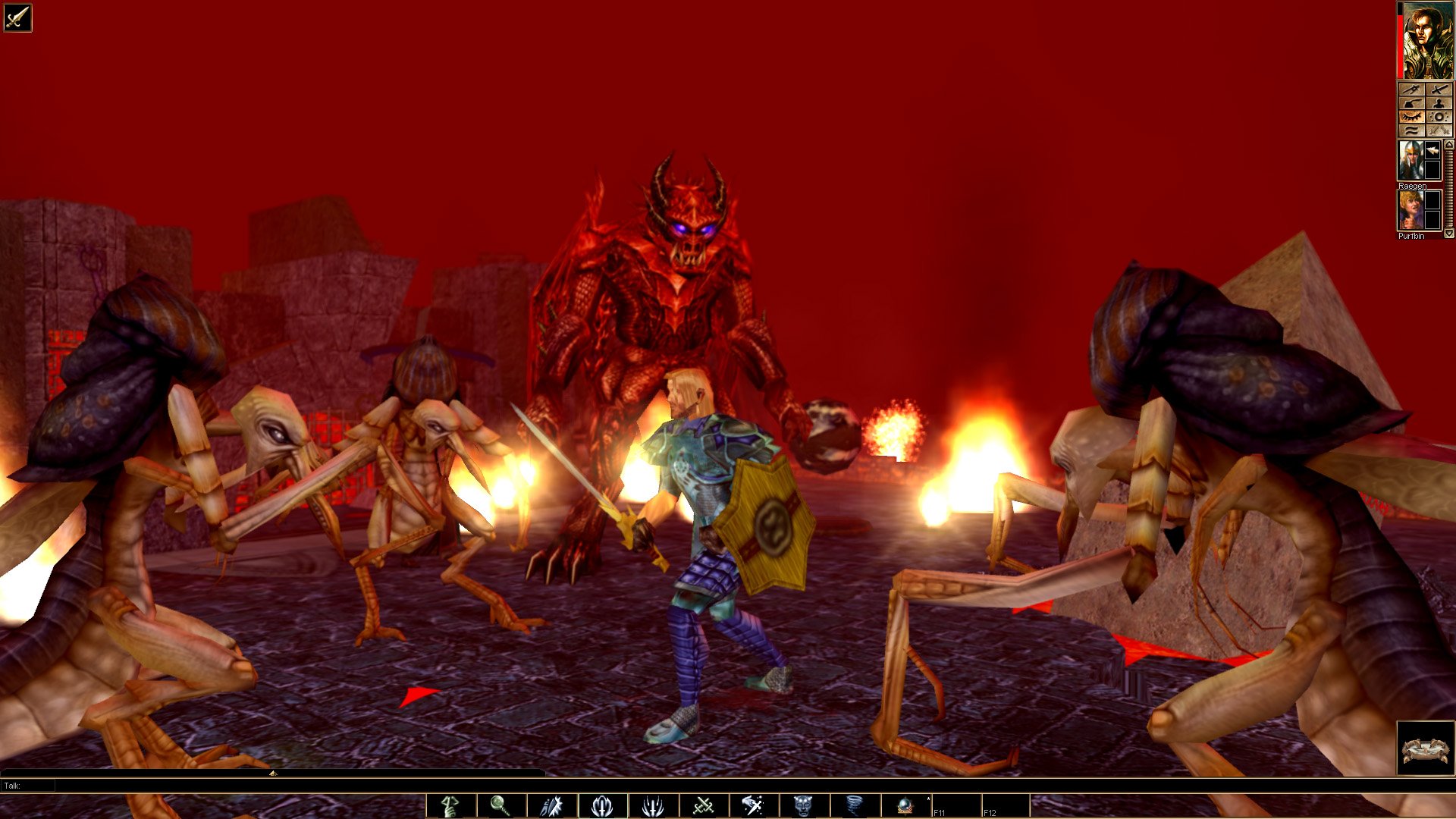 Time for another playthrough of Neverwinter Nights

Announced a few months back, Beamdog and Skybound Games are bringing a bunch of classic D&D RPGs to consoles this Fall. Going under the collective title of “D&D Classics Enhanced,” these new ports will be available on PS4, Xbox One, and Switch and will include the entire range of enhanced edition ports that Beamdog has released on PC. For those unaware, the titles include Baldur’s Gate, Baldur’s Gate II, Neverwinter Nights, Icewind Dale, and Planescape: Torment.

Skybound has finally unveiled some footage of the ports and they don’t look too bad. While I’d certainly expect performance to be solid (the newest of these games is 17 years old), the tweaked interface doesn’t come off as badly optimized for gamepad users. All of the titles save for Neverwinter Nights will be hitting digital shops on September 24 in North America and September 27 for the rest of the world. NWN lands on December 3 in North America and December 6 everywhere else.

If you’re not keen on digital releases, know that Skybound will be producing physical versions for all the games included. Releasing the same dates as the digital copies, the boxed versions will come in bundle packs for $49.99 each. Baldur’s Gate I & II will be packed together, Planescape: Torment and Icewind Dale will make up another bundle, and Neverwinter Nights will be sold by itself with 10 additional DLC campaigns. You can find out more info and pre-order the games from Skybound’s website.