(If you need to catch up, here are the first and second parts of Zentarim’s heroic adventures)

It has been some time since we followed the exploits of the cosmically sexy Green Lantern reservist, Zentarim. The last time we saw him he had been given the honor of joining the Justice League as a full member and he was busy training to be the best space cowboy a moon man can be.

SOE’s promise of an October launch for its free to play service fell through, but finally, on November 2, DC Universe Online went free to play. Has this move made much difference to the game? Will Zentarim make some new, poor friends? Read on and find out. 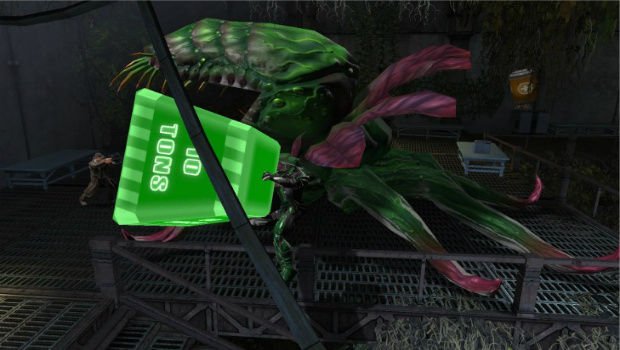 Heroes can’t spend all of their time fighting. Even Superman needs to get some R&R every now and then. In fact, that lazy bugger seems to spend most of his time just hanging out in the Watchtower or getting his arse handed to him by Lex Luthor. After destroying an army of sinister toy robots, our humble hero — Zentarim — decided to take a cue from his work-shy Kryptonian pal and chill out in the Watchtower, perhaps even do a spot of shopping. Easier said than done. Everywhere he went he was bumping into new heroes, quite literally, many of them seemed a tad lost. While the ever expanding list of heroes were likely to make the world a safer place, Zentarim wondered at the integrity of his new comrades, with their names being thinly veiled sexual innuendo and racial slurs. But he’s no snob, he’ll work with anyone.

As expected, and hoped, SOE’s decision to make DCUO free to play has caused a population explosion. It’s still early days, so it might not last, but right now the game is busier than it has been since early last year. For the first time ever I actually had to queue to get into the game, I didn’t have to wait for long though. The moment I got into the game the difference was immediately noticeable. The frequently dead chat was now bursting with conversation. Questions, insults, pleas, it felt like an MMO again. Flying over mission areas I could see a whole plethora of new heroes and villains competing and cooperating. For the time being, the population problems seem to be over.

This new player boom hasn’t had such a drastic impact on the end game, however. While I’m sure there are some former max level players who have returned to see what’s changed, most of the new players are still getting to grips with the game and haven’t made it to my neck of the woods yet. The queues for high level alerts were not much shorter and the same goes for PvP. That said, I expect this to change in the next couple of weeks. I decided to hop onto a low level alt, Colonel Killinger my cyborg villain, the population difference was a lot more obvious then. Queues were quick, there were lots of people to team up with and in general the game felt more lively. 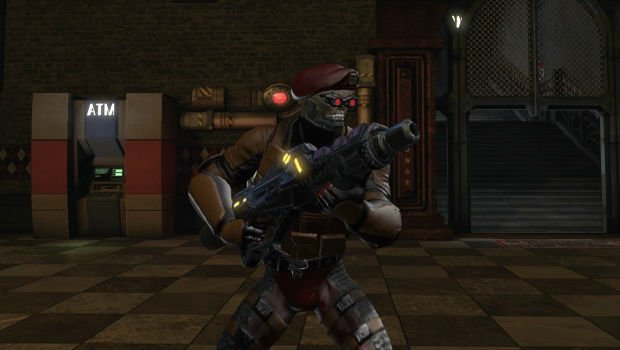 About a week before DCUO went f2p, SOE updated the cash store, which had previously been seriously lacking in content. Unfortunately the new additions have not done anything to make spending real cash seem desirable. The majority of the premium content are just hideous reskins of a handful of older costume styles. If you are in the market for a sequined top hat or some fluorescent boots, then this might be right up your street, if not, then you will probably hold onto your cash.

In general, the limitations imposed on f2p players are fairly minor. At the bottom of the ladder are the free players, those who haven’t spent any money at all. They get a pretty small inventory and cannot receive items in the mail, among other small limitations. However, a free player just has to spend $5 and they get premium status. That triples their character slots from two to six, doubles their inventory size and allows them to receive items (but not cash) in the mail. You can see the break down of the differences and limitations here.

The only pill that has been hard to swallow is how SOE have severely limited players’ bank accounts. Before the change to f2p, I was pretty poor. I wasn’t really using the auction house or saving money, so I only had about 15k. In DCUO that’s chump change. But even for premium players, the maximum you can have in your account is 2k. To put this in perspective, that’s little more than two purchases of healing drinks. The rest of my money didn’t disappear, though. It was placed in escrow. Initially I had assumed that when I drained my account the money from escrow would replace it, but it didn’t. The only way to access that is to purchase access to it from the cash shop or to upgrade to legendary status. SOE have to make their money somewhere and they have stated that this limitation may be reworked eventually. But this feels a lot more like a stick than a carrot. 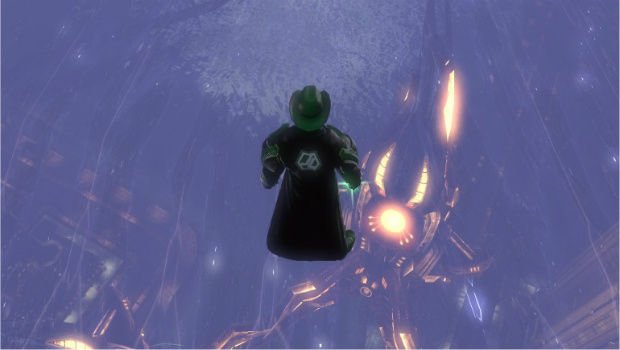 As a fully fledged member of the Justice League, Zentarim was getting sent requests for aid from all over the world, and indeed the universe. He thought he had reached the pinnacle of his career when he defeated Lex Luthor and rescued Superman, but apparently that’s something that happens all the time. Although he had earned his accolades and his position in the League, this is still a league that gives Beast Man a position of authority. To really make a lasting impression he’d have to pull out all the stops. For his troubles he was promised a variety of incredible power suits inspired by his idols, he may be a hero, but that doesn’t mean he can’t have a mercenary attitude. Zentarim traveled to Ace Chemicals, to deal with his old adversary, Doctor T. Moro, and the deadly toxic creation, Chemo. It was his toughest challenge yet and that was before the laws of space and time went haywire. While he and his team managed to halt the Doctor’s plans, they were deeply disturbed by what they had seen.

There’s a massive variety of challenges available for players who reach 30. Two tiers of hard alerts, two player co-op missions, raids and a whole bunch of new group missions can all be accessed from the get go. However, without the appropriate gear, you will get squashed rather rapidly. Successfully completing these nets players marks which can be exchanged for powerful iconic gear. These items aren’t cheap and it can feel like a bit of a slog, especially when you have to spend so much time queuing just to get into these missions.

As more new players work their way to max level, this will no doubt change. The copious amounts of bugs and massive server lag are less forgivable, however. In Ace Chemicals my group had a lot more trouble fighting the lag than we did the mission’s various enemies. We’d get trapped behind locked gates that we initially appeared to be in front of, all of my team mates appeared to be KO’d even when they were at full health and fighting (which made our healer’s job very difficult) and we’d roll out of the way of aoe attacks only to get snapped right back into the attack. These particular attacks essentially KO’d us straight away, which made several fights a complete mess. I had foolishly hoped that SOE’s delay of the f2p launch was so that they could optimize the servers and fix any glaring bugs. This does not appear to have been the case.

I only managed to play through a few of the hard alerts before I simply gave up. Not because I’m lazy like Superman, but because there’s only so many hours in a day which I can spend queuing for broken alerts. The alerts are not the only part of the game which seems to be suffering since the relaunch, as PvP seems to have been hit as well. I played through several PvP matches, both Legends and Arena, only to find that people couldn’t respawn. Sometimes it would only effect one team, sometimes only an individual, but every time it ruined the match. 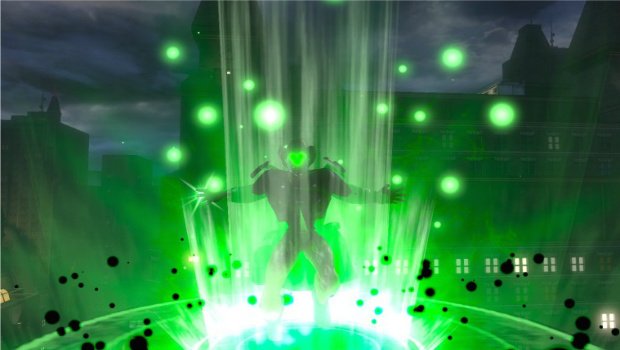 Nobody ever said being a hero was easy. Zentarim had traveled all over the world and beyond it, fighting the good fight. But he was weary and his cosmic sheen had worn off. There were still battles to win and the threat of Braniac still overshadowed everything. But hanging up the tights and knocking back a stiff drink seemed a lot more tempting to this particular moon man.

I’ve had a lot of fun revisiting DCUO. There aren’t many options for people who want to play Action MMOs and when the game actually works it’s a real blast to play. But sadly all the problems that plagued it at launch are still present. The plethora of bugs, the end game grind for marks, the crappy chat features and the frequently unbalanced PvP all make it hard to recommend. Hard to recommend spending money on, that is. As an f2p MMO it is one of the better ones. If SOE focus on fixing the bugs and making the cash shop worthwhile I might even return. But right now, I’m happy to go back to being a mild mannered videogame blogger.