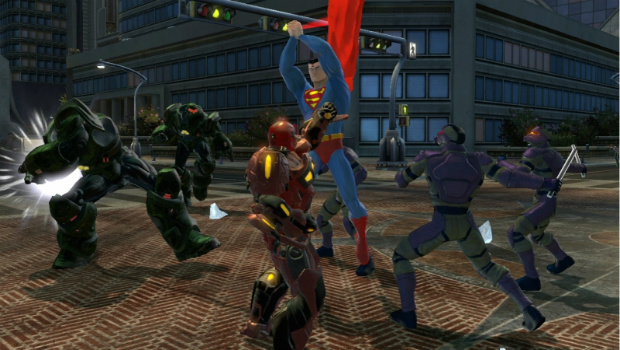 DC Universe Online had a bit of a rocky start, despite a fairly smooth launch. A lot of players dropped the MMO after the first free month and others questioned the point of paying a subscription for a game that felt like it ended as soon as they hit max level. But credit where credit’s due, after six months of floundering DCUO hit its stride and presented players with a significant increase in content including an all new set of powers. The move to a free-to-play model in autumn enticed more players into the world of caped crusaders and maniacal villains and it has continued to see more improvements and updates since then, with update 8 — the crafting update — going live yesterday.

To celebrate DCUO‘s one year anniversary, any character created by the end of the day (January 11) will receive a mission which will allow them to collect a special anniversary cape. You don’t need to collect it today, though. As long as your character exists today you will be able to get your prezzie at your leisure.

If, for some bizarre reason, you like statistics, SOE has provided some year one stats: