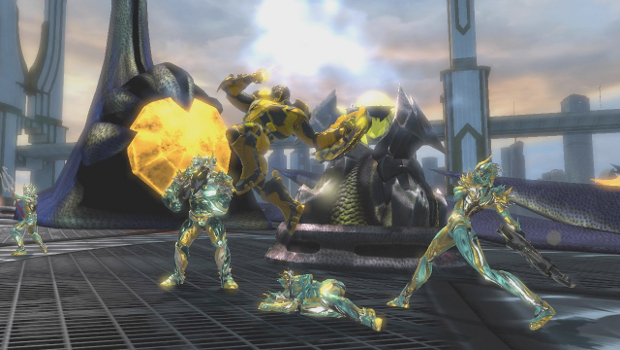 I keep being told that it’s summer. I suppose that’s a matter of perspective, really. Or at least a matter of hemispheres. It’s certainly meant to be summer over here in Scotland, but it’s hard to tell through all the rain and fog. I’m sure that if I was living in a more pleasant climate I’d be hitting the beach, or whatever it is one does to beaches these days. In DC Universe Online relaxing on the beach has become a bit tricky. The Atlantean civil war has spilled out from the ocean and people are presumably freaking out.

Players can side with Aquaman and the Atlanteans or the villainous Ocean Master and his army of Mutineers in “Tides of War.” It’s a limited event though, so best dig out those obnoxious, brightly colored swimming shorts and bikinis pronto. In addition to a bunch of new watery missions, players can participate in a new four person boss battle, collect new costumes, and even discover new pets. It’s out now with game update 16.