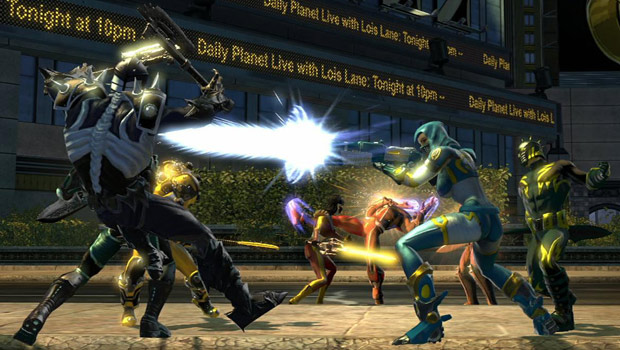 Just one week after DC Universe Online made the transition to free-to-play, one million new players have registered to satiate their inner superhero.

Lorin Jameson, executive director of development at SOE Austin said, “DC Universe Online‘s transition to free-to-play has been welcomed by the community and gamers with heroic enthusiasm…1 million new players have joined DCUO with a 50/50 split between PC and PS3.”

DC Universe Online is joining the ranks of many of Sony Online Entertainment’s MMOs that have adopted the free-to-play MMO model, such as Free Realms and EverQuest II in December. As with any recently free-to-play converted MMO, an influx of new players always brings in some of the energy that may have been lost during the months after its release, and that can only be a good thing. If you ever wanted to don the cowl like the Dark Knight or recite the oath of a Green Lantern, now is the time.