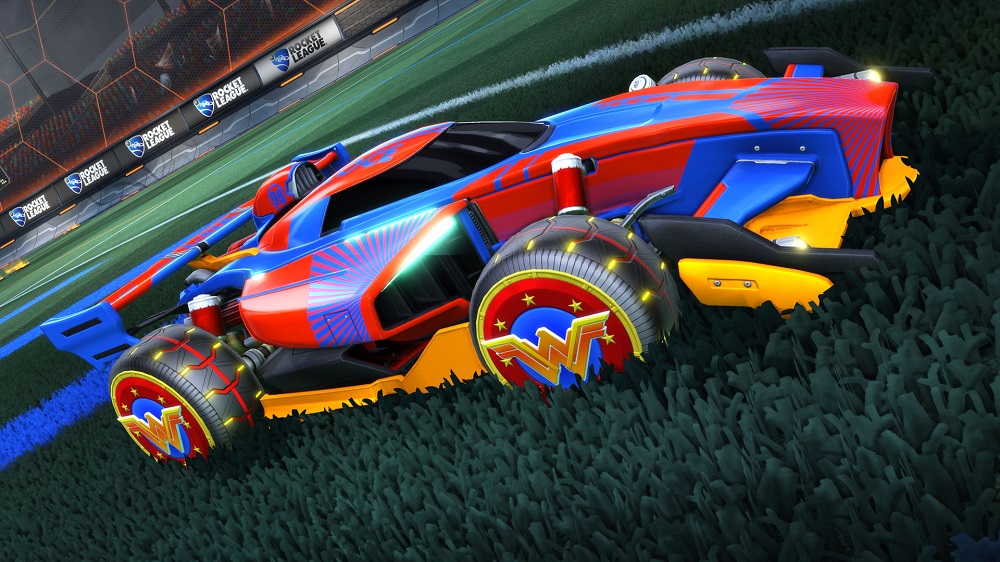 Does it come in black?

Psyonix, Warner Bros. and DC Comics have teamed up to release a selection of super hero-themed DLC for four-wheel soccer game Rocket League. The DC Super Heroes DLC Pack features vehicles and cosmetic features based on the muscle-bound chumps that make up the Justice League.

Two new battle vehicles are included, both being cinematic variants of the Batmobile. So whether you’re a fan of the long, sleek design from Tim Burton’s 1989 movie, or the wall-destroying tank of Chris Nolan’s Dark Knight Rises, then both of your preferences are covered.

Also included in the download are a selection of decals and banners for Bats himself, along with chums Aquaman, Wonder Woman, Cyborg, The Flash, Green Arrow, Green Lantern and everyone’s favourite dick, Superman. Wonder Woman and Flash also get their own custom wheel designs.

The DC Super Heroes DLC Pack will launch on March 5 on all formats, priced at around $4. Rocket League is available now on PS4, PC, Xbox One and Nintendo Switch