Don’t you have a phone?

Gotham Knights and Suicide Squad may have been the only titles gamers cared about with this year’s DC FanDome, but DC managed to throw in a quick announcement of a third game. DC Heroes & Villains is a puzzle RPG from Jam City and Ludia Games, the latter of which you might know from Disney Wonderful Worlds and that Jurassic World Alive AR mobile game.

While the trailer shown during FanDome didn’t have any gameplay footage, the official website for the game points to the title basically being a DC version of Marvel Puzzle Quest. That title has actually been going strong for years and as somebody who loves his mobile puzzle games, I’ll totally give this one a go. 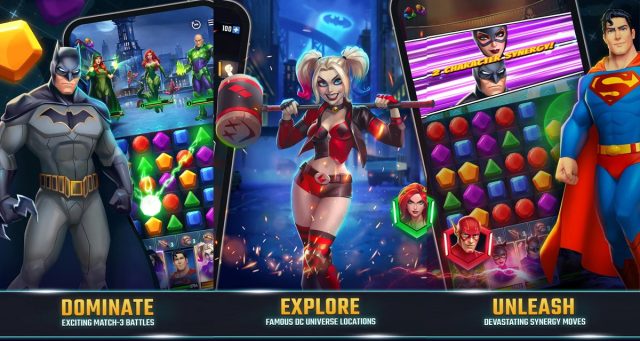 You can preregister for the title right now at the game’s website, though as of the publishing of this article, the site was redirecting to an error screen.

Look, I know a bunch of you don’t care about this game. Really, I only wanted to write about it because of the gorgeous picture of Poison Ivy. Isn’t she immaculate? I’ve loved Poison Ivy since the first time I saw her back in Batman: The Animated Series and I really think the character is having something of a moment now with the Harley Quinn HBO Max show and her arrival on the third season of Batwoman. I still have bad memories of Uma Thurman’s turn with the character back in the ’90s. In fact, I love her so much, back when I played DC Universe Online, I envisioned an entire backstory for my character where she is their role model and inspiration to be a bad-ass plant villain.

But yeah, DC Heroes & Villains. Coming soon to a phone near you.