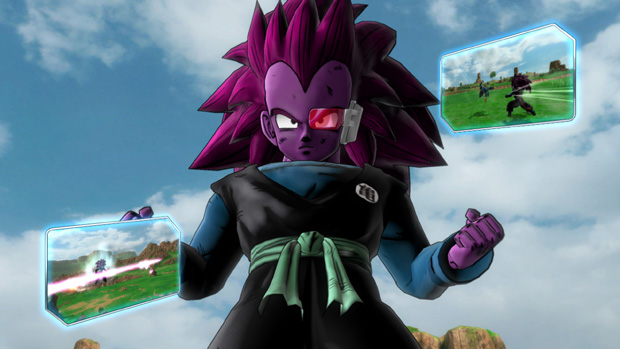 In my previous post about Dragon Ball Z: Ultimate Tenkaichi, I suggested that new game-exclusive characters needed to be introduced in order to spice up the franchise. I suppose Spike and Namco Bandai were listening, but since they are too lazy to do any real work towards that goal, it’ll be up to us to get the job done. To that end, Ultimate Tenkaichi will offer character creation.

In the game’s Hero Mode, you can slap together various body parts to assemble your own DBZ reject. Now, I have much respect for Akira Toriyama, but his post-DBZ-era “original” creations all look alike. Facial features, clothing, all stopped developing past the early 90s. Essentially, further characters (with extremely rare exceptions) are like fan art of his own material. It’s sad that the slapped-together circus performers in the above trailer are almost indistinguishable from Toriyama’s handiwork.

I’m sure some clever designs will eventually make through. You can give it a go yourself when Dragon Ball Z: Ultimate Tenkaichi arrives on PS3 and Xbox 360 on October 25.