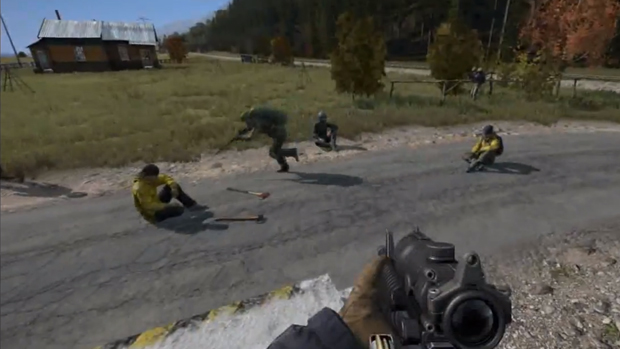 Congratulations to the Yellow Jacket Man

The new crop of open-world titles, like Day Z, give interesting insight into the people who play games. Take this roving gang of players as an example, who have encountered two people wearing the same color jacket and determine that they should fight to the death for the privilege of being allowed to continue to wear it. Here they are, playing a game in which exerting power over others violently seems to be the primary method of advancement, and instead use that power to create amusement.

It’s still cruel, yet it seems altogether generous at the same time. Out of the three people held at gunpoint, only one is killed and it’s done through adherence to a few defined rules. The gang even awards an additional prize to the winner, as if not killing and looting them weren’t enough. It’s the very definition of emergent play, a game borne of circumstances and opportunity rather than predetermination. Pretty funny too.