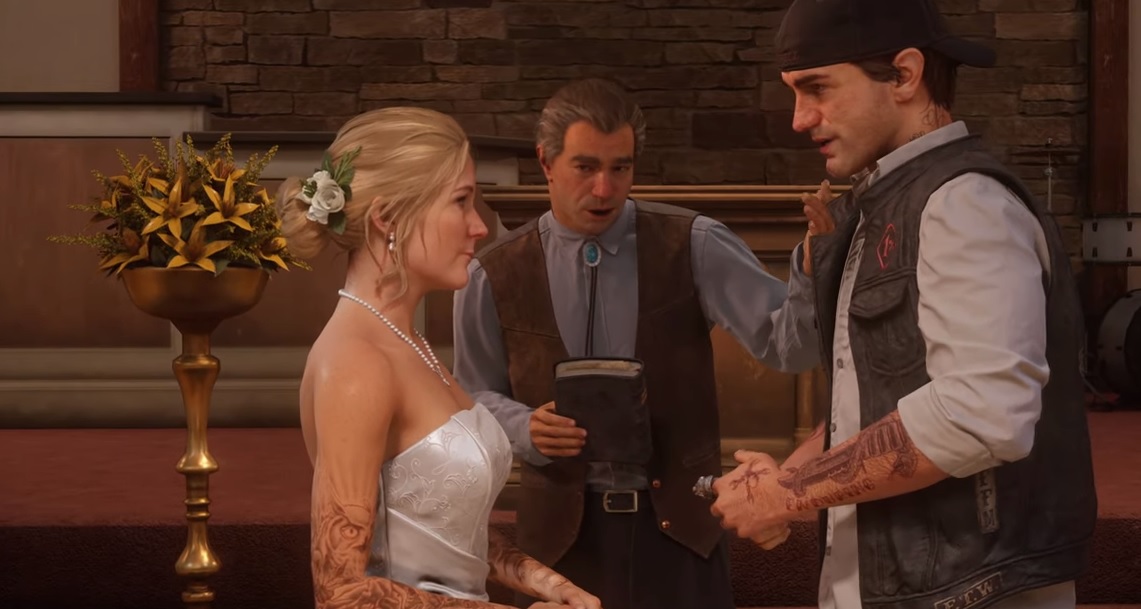 How will this fare at launch?

I don’t have a phrase for it, but Days Gone is one of those “I’ll see it when I see it” games (damn, I guess I do have a phrase for it). While I’m not writing it off in the slightest, there’s just no use in getting worked up over another zombie survival game with crafting in 2019.

Sony’s latest trailer plays up the emotional angle of the narrative, showing us what life was like before everything went to shit and zombies (known as “Freakers”) took over. We see protagonist Deacon St. John joining his wife in holy matrimony in a church, spliced with footage of him in the present apocalypse fighting for his life in that same, now-harrowing location: simple, but effective.

SIE Bend Studio really has a chance to prove themselves, having most recently worked on (the good) Uncharted spinoffs Golden Abyss and Fight for Fortune for the PlayStation Vita. I hope they come through when Days Gone arrives on PS4 on April 26.