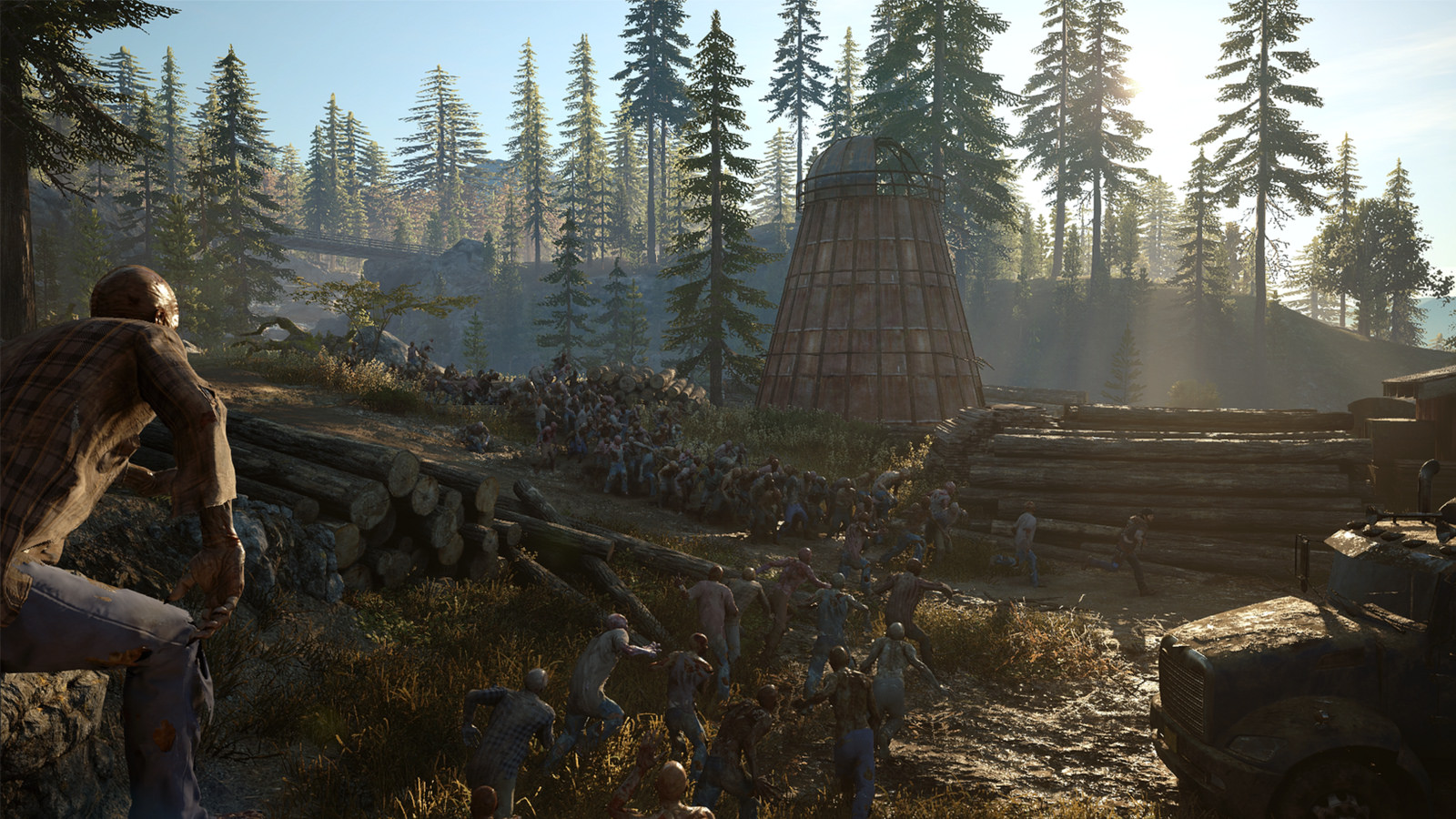 Days Gone took up a sizable portion of Sony’s E3 press conference this year. In addition to a narrative trailer, there was segment of gameplay, making for an odd split during the conference. A few days later, I saw a live walkthrough of that same section behind closed doors. Almost the exact same beats happened throughout the presentation, but the group interview I participated in afterwards ended up being more worthwhile.

Sony’s Bend Studio seems quite proud of its first new IP since Syphon Filter. After spending the last ten years on that series and portable Resistance and Uncharted games, Sony has given Bend a chance to stretch its creative legs. It’s odd then that the team decided to do that by creating a game that huge chunks of Sony’s audience thought was “The Last of Us 2: Biker Edition,” but if it can do that and replicate the tension found in the demo, the creative bankruptcy won’t seem so apparent.

Above is basically the demo I saw, so I’ll spare you from my trademark “I did this and then did that” brand of previewing. I had assumed since Bend showed off a run-and-gun style of gameplay at the presser it would try to show a stealthier attempt, but that wasn’t the case. Instead, members of the team described what was happening in greater detail. Days Gone takes place long after some apocalyptic event turns the majority of human life into “Freakers,” which aren’t zombies like most had assumed. Instead, they have a viral infection that causes them to be suffer from extreme rage and hunger (sounds like zombies to me, man). The difference is they are still alive and have some form of consciousness. This wasn’t explored in the demo, but could make for interesting narrative beats in the full game.

Deacon, the biking bounty hunter protagonist, was called a “drifter” and a “survivor” many times throughout the demo. He’s a violent man, but he’s also a clever one; he’s able to collect resources and craft things on-the-fly — because this is a video game in 2016. One example given is that Deacon engineered his gun so he can screw oil filters onto the end of it, creating a makeshift silencer. That’s all well and good, as I usually enjoy that type of system, but I was skeptical of how the team would gate character progression. When I asked if Mr. Toughman would pick up level-7 guns and not be able to use them until he had earned enough arbitrary points, I was told Bend was aiming to make narrative sense with the progression. Obviously it doesn’t want to give players everything from the start, but it also wants it to seem logical. I’m speculating that it’ll be like new Tomb Raider, where you conveniently find the right thing at just the right time and can then use it whenever you want.

Resource management extends to the bike, which we were assured was a huge part of the game. It needs fuel, requires repairs, and also holds the majority of your equipment. There’s also a mini-map on the HUD, which I’m hoping means large environments to ride around in since this demo showed Deacon drive down a single hill. I personally love the Pacific Northwest setting and am excited to see what Bend does with it, since it also mentioned we’ll also be seeing the high desert. Cruising around huge open spaces could give this game more of an identity than it currently has, and even sort of reminds me of Headhunter, which I have fond memories of despite it being kind of awful. Extreme weather changes and a day/night cycle could lead to some incredible vistas, which I’m looking forward to just riding around in. 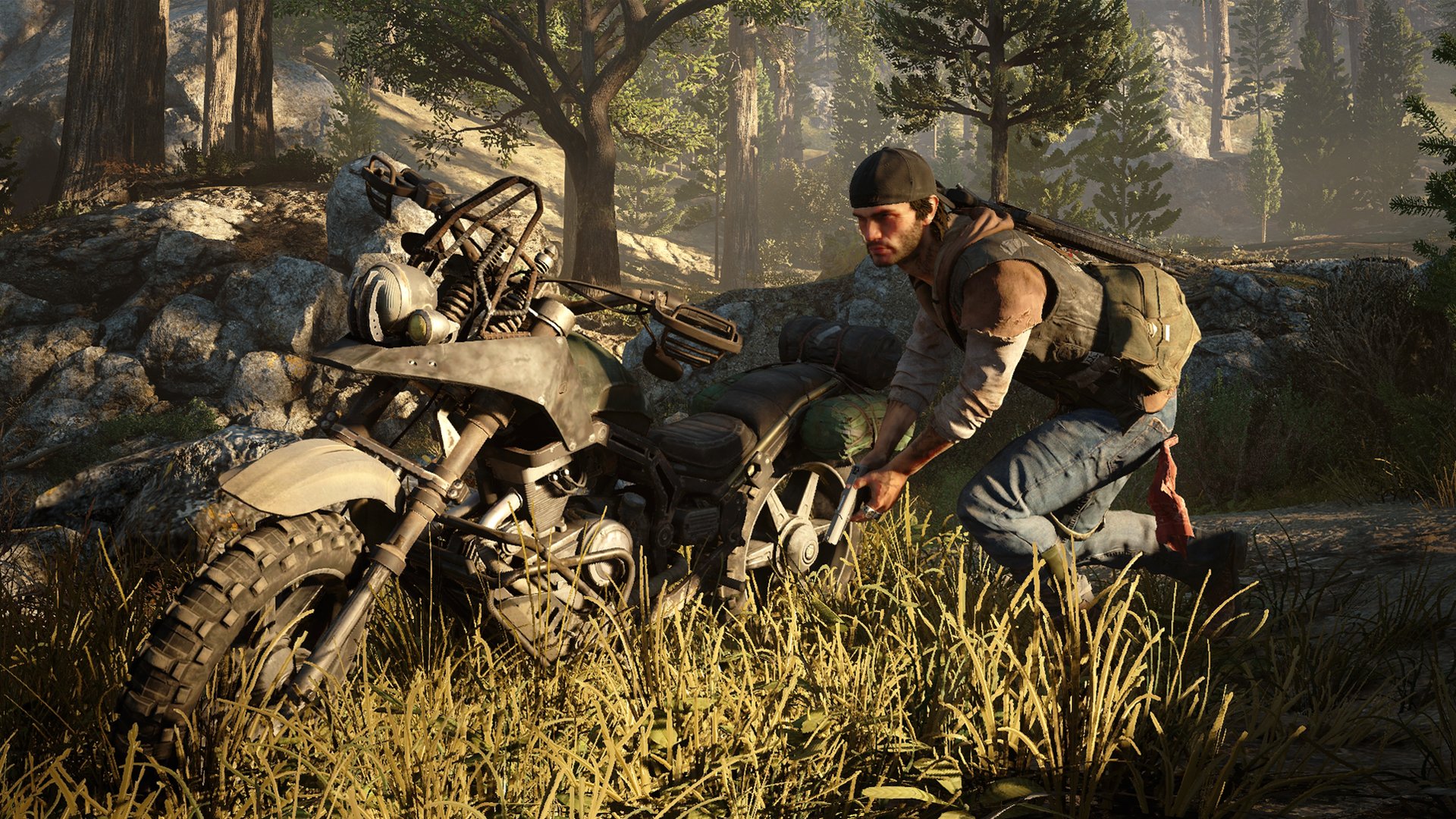 We also learned that Days Gone is using Unreal Engine 4, which is why it looks so impressive. Bend didn’t want to say exactly how many enemies they can render at current, but the team laughed and said they’re looking forward to posts on NeoGAF with each Freaker circled and numbered. All I know is that it’s a bunch, and if the demo didn’t give the player a literal fuckton of ammo, they would have been terrifying. Like most E3 presentations, there were certain modifications I noticed to make it smoother so that the player wouldn’t die. One example of this was that no matter how fast the Freakers would run, they’d rubberband back a bit like a bad racing game so that Deacon was never in too much danger. When I asked about this, I was told that the speed was turned down a bit but Deacon was still vulnerable, but they didn’t want him to die during presentations. To be clear, I don’t begrudge the team at all on this, since an idea of game is being conveyed more than anything. I just think that the tension will actually be much higher when the run-and-gun style of play is less viable and that the enemies aren’t quite so toothless.

It was re-iterated many times that what we were seeing was just a “tiny, tiny portion of what Days Gone has to offer,” and I don’t think that’s stretching the truth at all. I can see the potential in what Bend is trying to accomplish here, and look forward to seeing more of the bike and how much it can be utilized. Since there’s no release date as of yet and what we were shown was fairly guided, I can’t shake the feeling that the next showing will be much more impressive. Not every game has to re-invent the (motorcycle) wheel, so I’m hoping that Days Gone can refine its ideas into something worthwhile.