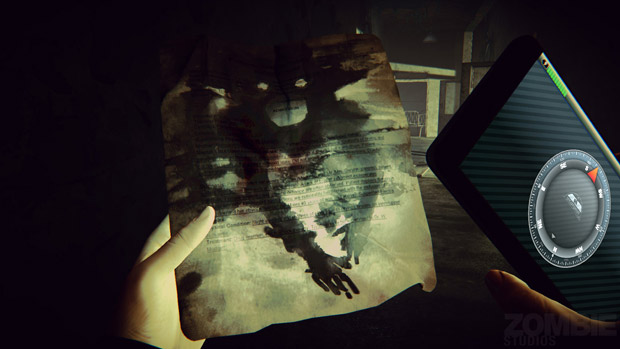 At least it can’t see you mess your pants

Daylight is the psychological horror title developed by Zombie Studios (and published by Atlus) that will be hitting PlayStation 4 and PC in 2014. After some hands-on time, I can honestly say that the game really did manage to scare me with a lot of its mechanics. The interesting thing is that the game knows when these moments will occur, and will work with the PlayStation Eye camera to take photos of you at just the right moments, allowing you to share them with your friends if you’re in a self-deprecating mood.

What are these scares, you ask? Even though I only encountered one phantom that was sufficiently harrowing (there’s no combat in this game, only running away, which is incredibly disorienting), there were many things that had me saying out loud, “What the hell was that?”

Everything from doors suddenly becoming barred with wooden planks from the ground right before my eyes, to static and indistinguishable interference on my cellphone provided cheap scares, but the mechanic of opening doors is what got me. Players will use the analog stick on the PlayStation 4 controller to push the door open, allowing you to peek through the crack to slowly reveal the dangers ahead. We were still looking at an alpha version, but I’m interested to see how the team fleshes the title out.

Even if you had a PlayStation Eye, would you be willing to share photos of you freaking out playing a game with your friends?