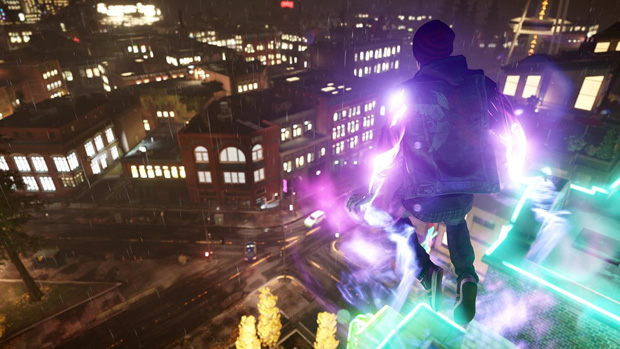 And more, if you bought a first-run copy of the game

As Chris mentioned in his review of inFamous: Second Son, Sucker Punch is expanding the core game with the Cole’s Legacy and Paper Trail story arcs. The first of this content will be playable tomorrow as part of a day-one patch alongside difficulty balancing and technical improvements.

Paper Trail is a free set of 19 missions which are said to extend the game by approximately five hours and tell the “full story behind the [Department of Unified Protection’s] occupation of Seattle” both in-game and online. This content was co-developed by alternate-reality game maker 42 Entertainment and also includes “web-based investigations.”

As for Cole’s Legacy, that’s also free — if you have a Limited Edition copy of Second Son. Sucker Punch says this is spread across four story missions, providing another hour of gameplay.

As much as it can be a pain to have day-one updates prevent you from immediately diving into a game you just cracked open, this will be a welcome sight.