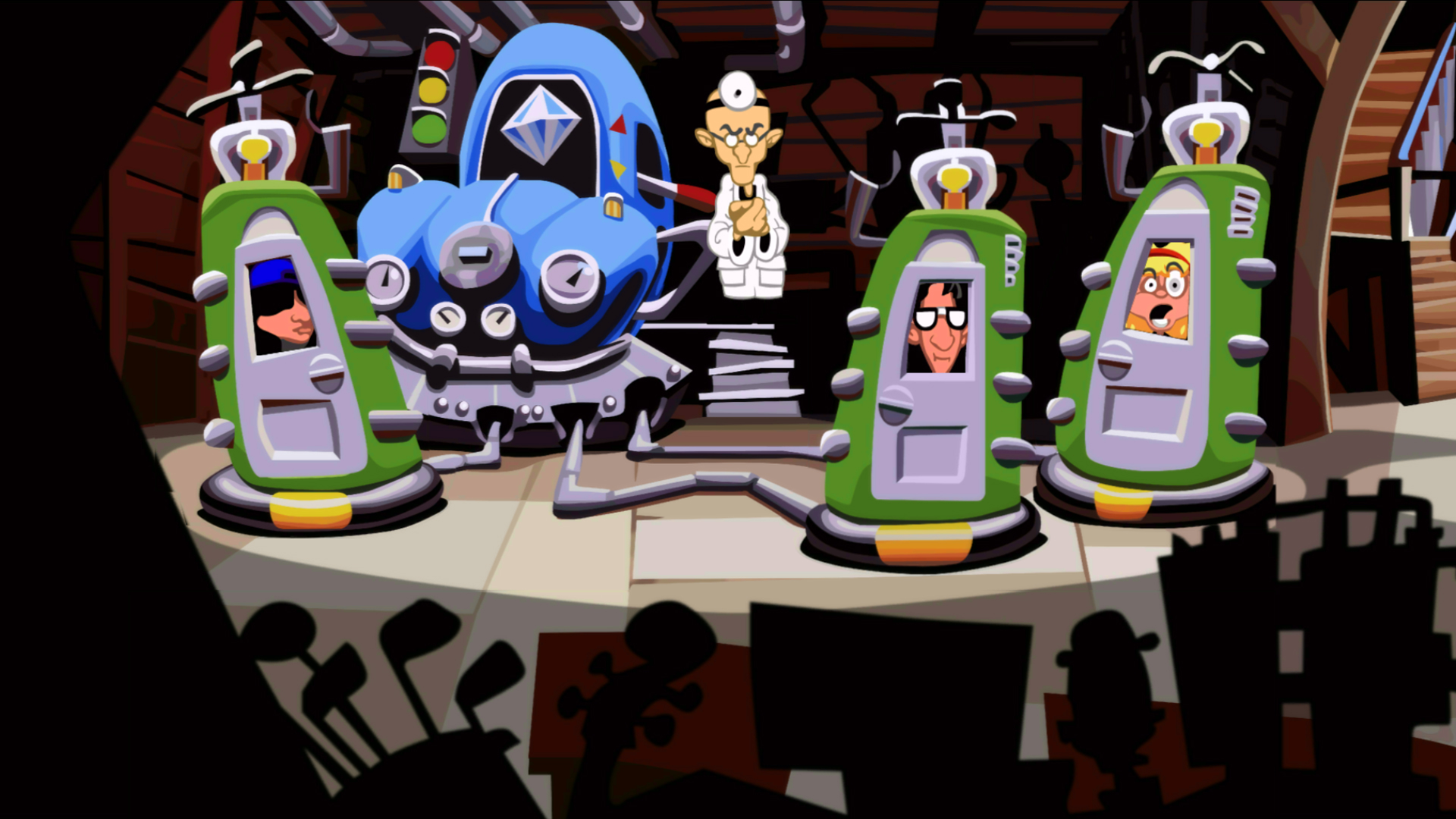 Still not quite a mouse, but it’s a’ight

When we learned at the PlayStation Experience keynote that Day of the Tentacle Remastered was releasing March 2016, I wrote that it had been twenty years since I had played the original. That would put me at the tender, still-primarily-eating-dinosaur-shaped-chicken-nuggets age of five years old.

Ten minutes with Double Fine’s remaster at PSX was enough to remind me that I remember absolutely nothing about the original aside from vague recollections of the characters’ designs. When I had Hoagie, the portly roadie character, talk to a mummy a funk punk folk polka house grunge band, I knew I had to jump back in and give this a playthrough.

Though I first assumed the PC version would be the way to go, the PS4 control scheme worked much more intuitively than I would have expected. The left stick is used as a cursor. Highlighting an object and pressing the square button opens a radial verb wheel where you can choose such options as opening, talking, or walking. Since the original had all of the verbs on a bottom HUD, the wheel frees up screen real estate and helps for a better aspect ratio. Day of the Tentacle Remastered‘s new, cleaner aesthetic looks great in motion, and not at all like a filter haphazardly smeared over the original’s pixels.

However, if you have a craving for Ye Olde Pixels, at any time you can tap the touch pad to instantly convert the game to the older look. The old UI is also accessible so you can play it exactly as LucasArts intended so many years ago. This isn’t exactly a comfortable way to play (analog sticks just take more time than a normal mouse inherently), but the option is generous and appreciated.

I walked away from Day of the Tentacle Remastered curious and ready to crack it open this coming March. I already need more Hoagie in my life.