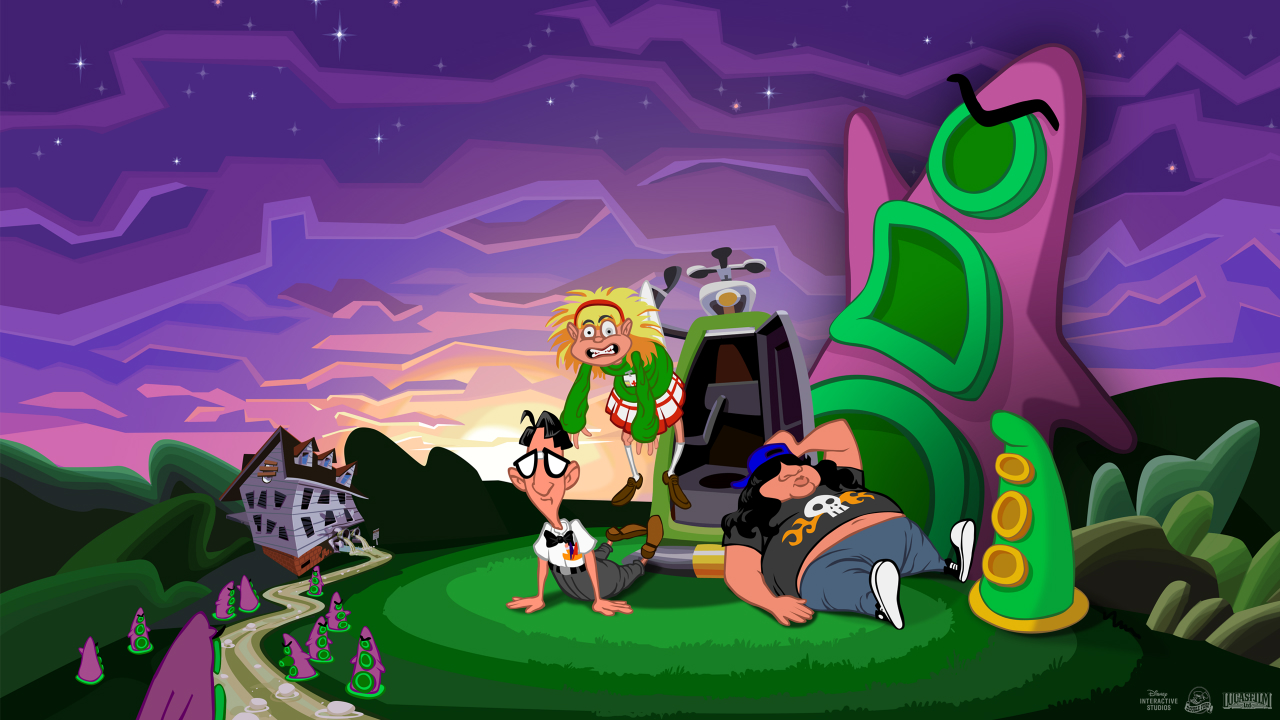 Yesterday evening, Double Fine teased some new developments on the classic LucasArts adventure game Day of the Tentacle. Today and all this weekend, Tim Schafer’s studio will be showing off Day of the Tentacle Remastered at Indiecade in Los Angeles. For those of us who aren’t near the City of Angels, we have some screenshots to gander. They sure are crisp.

It’s especially cool to see how faithful the translation is to HD. Sure, everything has been redrawn to today’s standards, but so much of that original art’s style is preserved. Along with the updated artwork, Day of the Tentacle is also getting remastered audio and some currently unknown “special features” added to it.