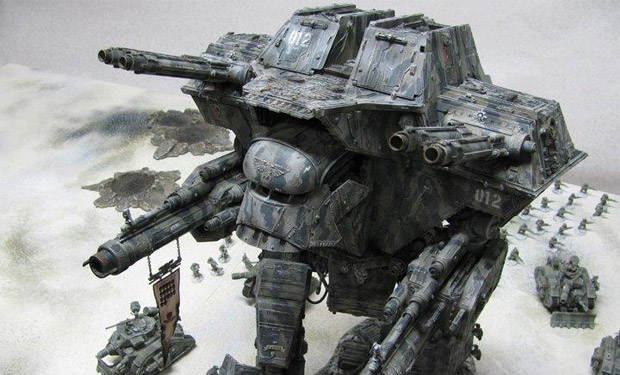 When pressed for news on Dawn of War III, Relic marketing manager James McDermott was surprisingly up front about the direction of the new Warhammer 40,000 strategy title. Some of it’s been said before by THQ’s Danny Bilson, but hey, information for the information god!

“Looking at what we had real success with with Dawn of War II – Retribution, with the DLC, and with customization and building their armies and collecting being a big part of what 40k fans really love, we want to make that a big part of DOW3,” states McDermott.

“There’s going to be lots of opportunities to expand and build your own custom mega army. That’s definitely an area we want to invest in. We see a good opportunity.”

And then there’s the global, “MMO-like” feel to look forward to as well. Hopefully Relic invests some resources back into the narrative for this one, even if allowing multiple armies is the best way to go for these games, I think.