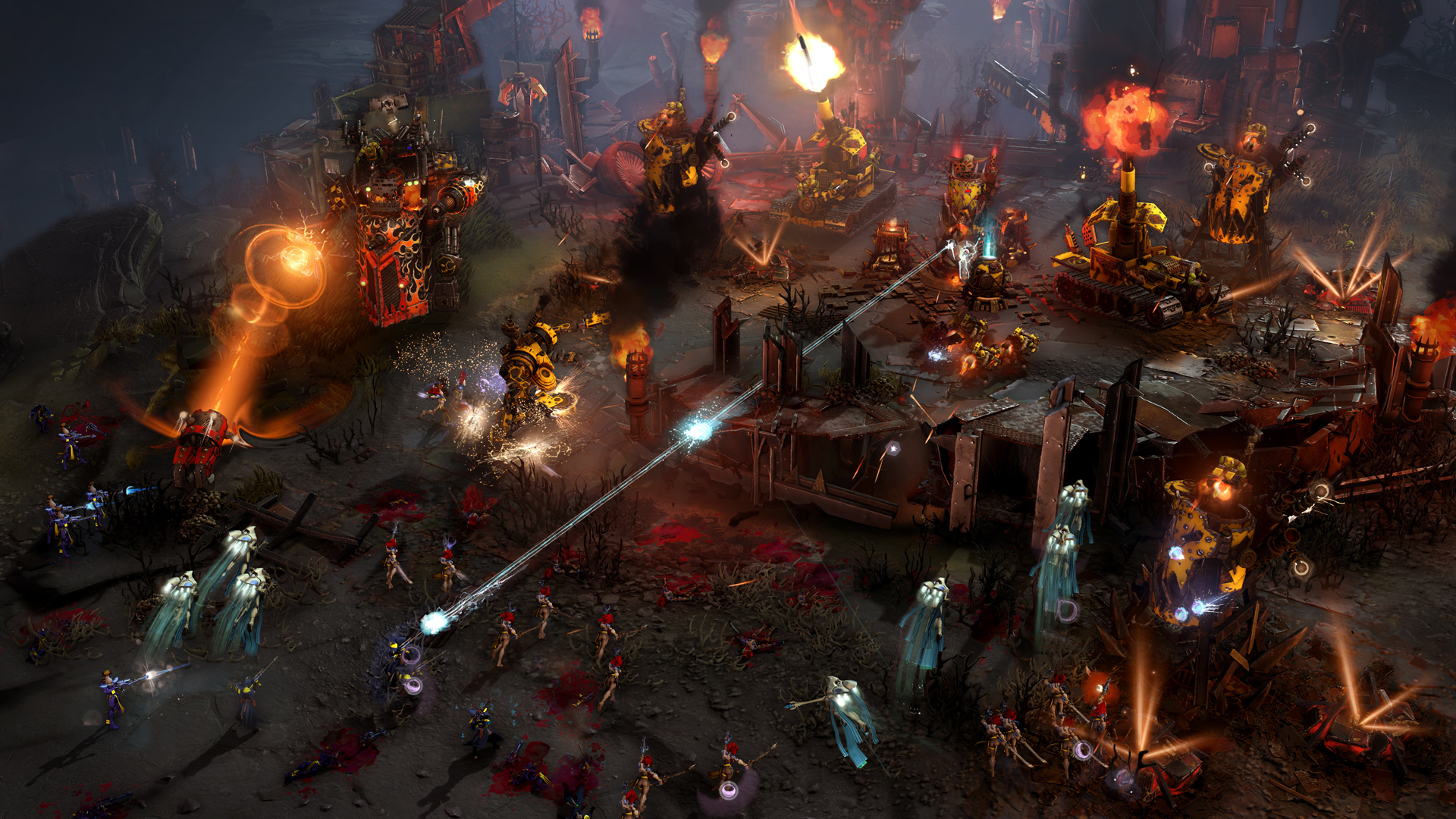 It won’t be much longer now before we’ll be sending our dispensable [Space Marine / Ork / Eldar] fodder into battle with reckless abandon. Relic Entertainment is prepping Warhammer 40,000: Dawn of War III for a worldwide PC release on Monday, April 27. That’s one way to start your week off.

Unsurprisingly, Sega is holding back some stuff for pre-orders, as depicted in this trailer:

To recap: you can use the Super Walker Elites even if you don’t pre-purchase Dawn of War III, but you’ll be missing out on these cosmetics: “the Dark Queen skin for Lady Solaria (Imperial Knight), the Ghost Seer skin for Farseer Taldeer (Wraithknight), and the Big Kustom skin for Beauty (Morkanaut).”

There’s also a limited edition ($65) with the soundtrack and lenticular art, and a collector’s edition ($130) with cloth faction banners and a 14.2″ replica of Gabriel Angelos’ Godsplitter Daemon Hammer.