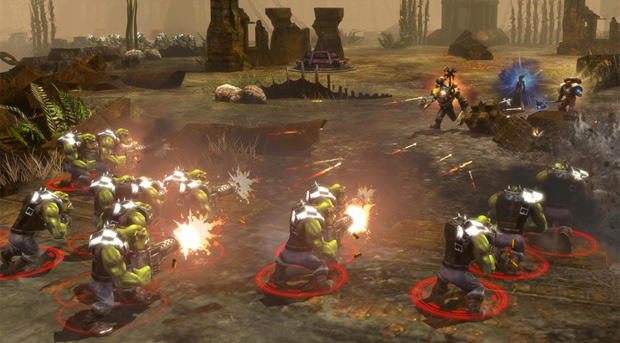 If you’re unfamiliar with it, The Last Stand is a top-down arena mode where you co-op with two other players to take down increasingly difficult waves of Warhammer 40k enemies. Using XP gained in every run, you unlock new gear for your characters that let you try out new tactics. Or let you survive, more like.