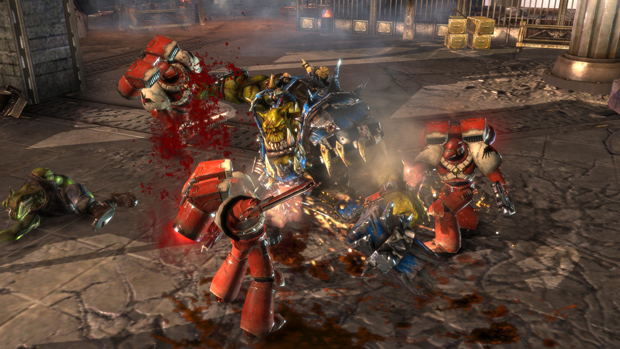 Relic has migrated the excellent Warhammer 40,000: Dawn of War II and its Chaos Rising expansion away from Games for Windows Live, just as the studio said it would.

Unfortunately, not everything made it over to Steamworks, including: LAN support, pausing in multiplayer, and referee functions. Long-time players will also have to start from scratch — previous save files and experience / player levels under Games for Windows Live are not compatible.

Frustrating, but we’ll get over it. Perhaps I’ll take this as an excuse to get back into The Last Stand mode which, for a time, I was infatuated with. So much fun with a solid group.