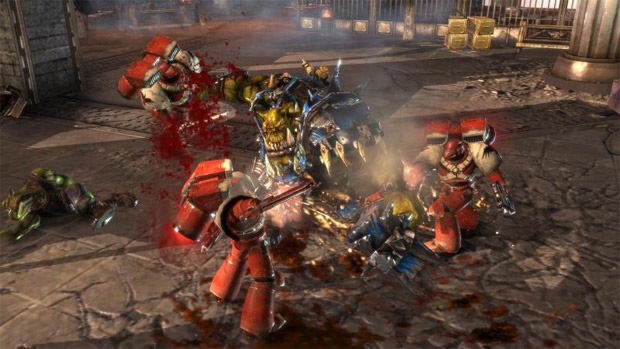 Miss out on the Warhammer 40,000: Dawn of War II multiplayer beta and want to see what kind of performance you can get from the game on your PC? You’re in luck, for a single-player demo has gone up today on just about every download site out there. It’s a little late to the party, but the effort is still greatly appreciated.

Better yet, if you come to like what you play, you can download Dawn of War II for $37.49 on Steam until Monday, April 20. For the uninitiated, that’s 25% off the normal price. Not too shabby, eh?

Additionally, a relatively new patch is now out, in case you hadn’t heard. It addresses some balancing issues and brings another map into the mix. Hit the break for the full patch notes and click here for a gallery of screenshots for the aforementioned six-player map, Tiber Outpost.