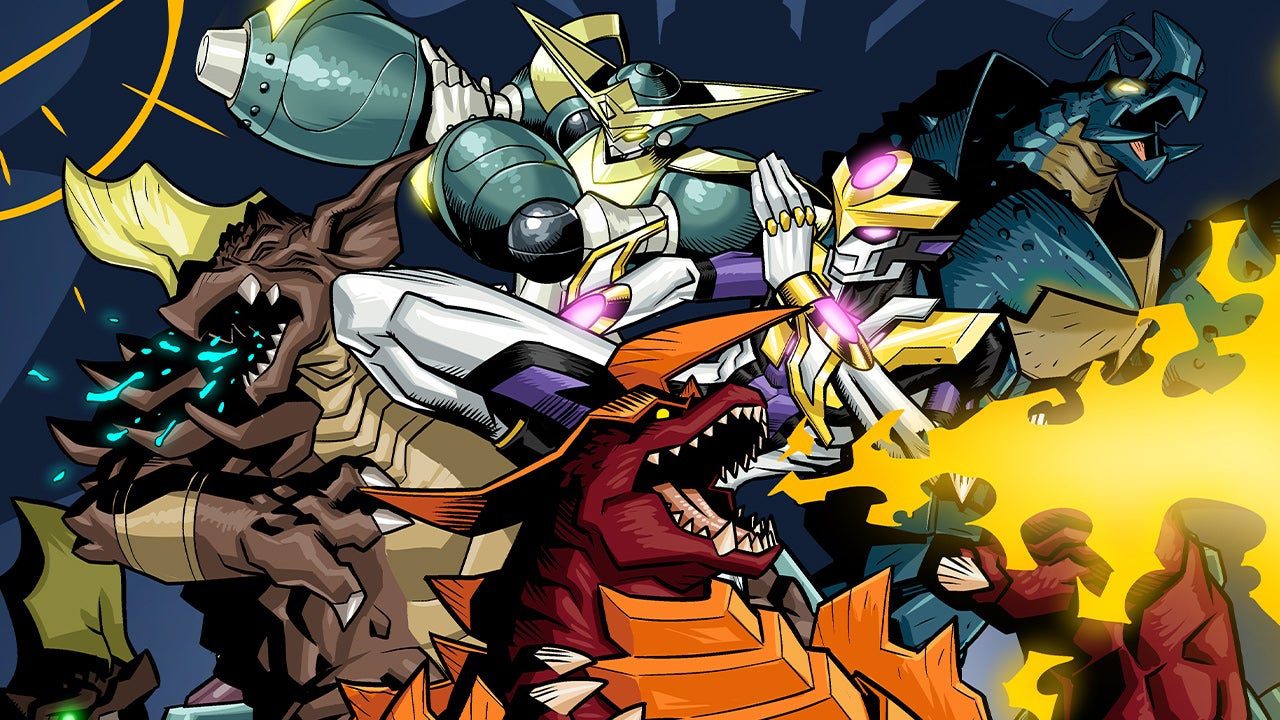 A little over a year ago, we gave all y’all heads up on incoming kaiju brawler Dawn of the Monsters, which will see behemoth beasts gather together for a building-tearing, city-stomping, globe-trotting adventure. Work has continued on the project at studio 13AM, and publisher WayForward has announced an early 2022 launch for the fun-looking release.

Dawn of the Monsters will allow up to two players to step into the giant shoes of four suspiciously familiar characters: Megadon, Ganira, Aegis Prime, and Tempest Galahad, before going on a world tour of Earth’s capital cities — laying waste to both alien invaders and local downtown deli’s on a quest to… save(?) the world. Whoever wins, we lose. You can check out a brand new trailer below, courtesy of IGN.

Comic book fans will be pleased to hear that the brawlers’ cool-looking character designs were devised by Godzilla character creator Shiji Nishikawa, as well as Godzilla comic book artist Matt Frank — two people who certainly know their kaijus. The characters are fully customizable, so you can ensure people stare in wild-eyed wonder whilst fleeing in abject terror. Featuring over a dozen enemies, some dramatic and cataclysmic boss battles — as well as 35 horizon-devastating missions to conquer — Dawn of the Monsters is shaping up nicely.

“From the moment we laid eyes on Dawn of the Monsters, we knew it had the potential to be something special,” said WayForward CEO Voldi Way of the project. “13AM Games is a phenomenal developer that has been a great collaborative partner in the past, and we are very excited to help them bring this unique vision to life.”