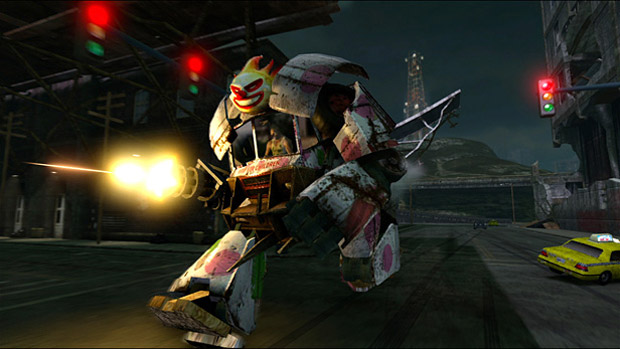 Following his work on Twisted Metal, David Jaffe has shared details about his next project in an interview with GamesIndustry International: it’s a free-to-play, browser-based, third-person shooter. While this is still very much in the early stages of development, the outspoken designer had plenty to say.

“I hate free-to-play but I love aspects of it,” explains Jaffe. “I love the instant-on, I love the low to no barrier of entry to get all kinds of people to jump in and play, I love the fact that you’re sitting there at lunch and can play for five minutes or you can get sucked in and play for three hours. You don’t have to sit there and power up your f***ing machine and go through legal screens and load screens and load the game.”

“You can listen to developers all day long tell you it’s not pay to win, but you know, it kind of is pay to win. I’m not saying they’re evil or they’re lying — but one of the things they like to say is pay with your time or pay with your money. Well both of those are really shitty.”

“For me it’s about starting a company and finding the right group of people that really believe in this vision that there’s great stuff about free-to-play but we want to make it genuinely for gamers.” Continuing, he says “It’s really about how we’re going to execute our version of what that means. So that’s what I’m extremely passionate about and what we’re building.”